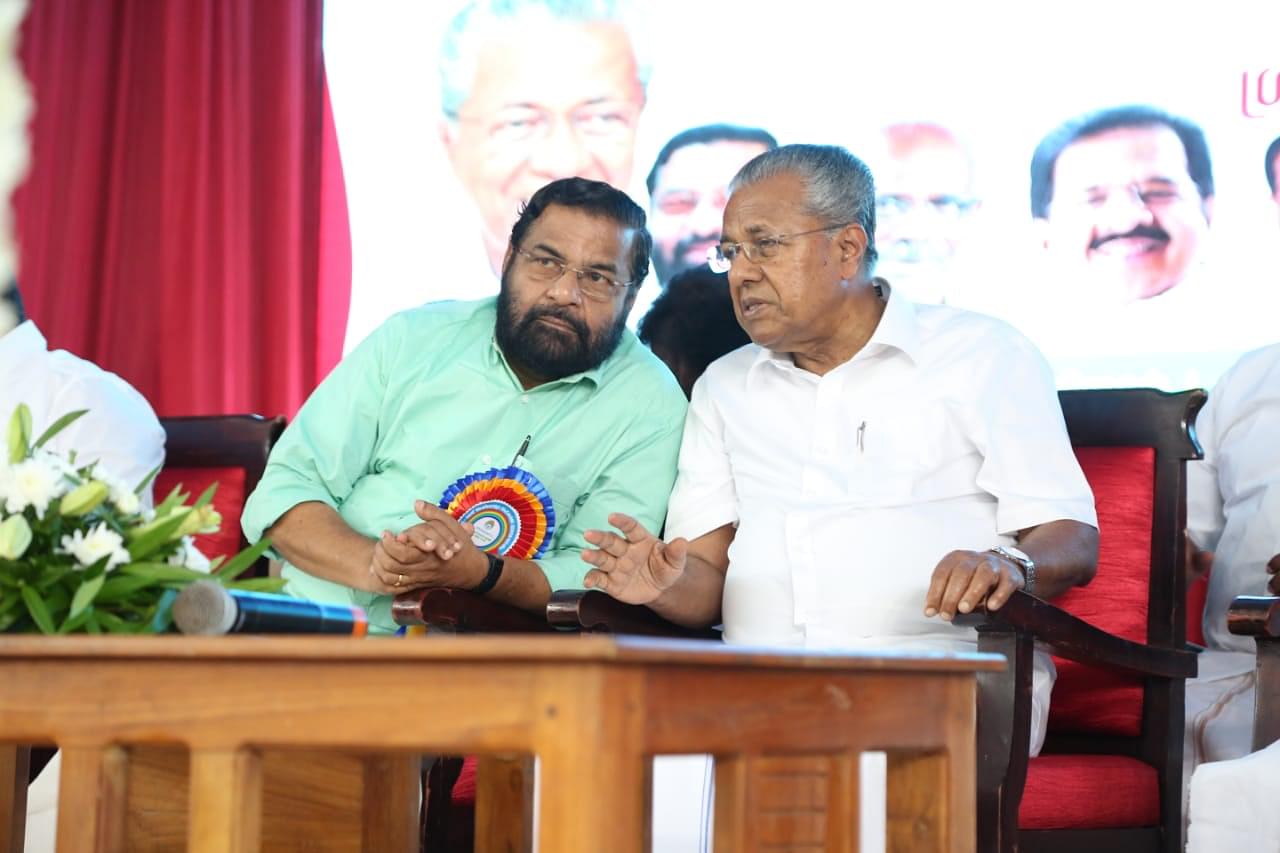 Kerala Devaswom Minister Kadakampally Surendran has said that the state government is under no legal compulsion to provide protection to women’s activists who want to enter the Sabarimala Ayyappa temple this year.

Surendran told the media on Friday that Sabarimala was not a place to exhibit ‘activism’ and the Left Democratic Front (LDF) in Kerala would not support women activists announcing their entry into the Ayyappa shrine.

The minister also made it clear that such women will have to get an access order from the Supreme Court.

On Thursday (14 November), the Supreme Court ruled that it was referring petitions to review its judgement allowing women of reproductive age into the Sabarimala Ayyappa temple, to a larger seven-judge bench.

The ruling is being interpreted in two ways. One view is that the apex court’s ruling of September last year, allowing women of reproductive age (between 10 and 50 years) to enter the temple, is still valid.

Barring women’s entry into the temple will be possible only after the seven-judge bench takes up and gives an interim stay or hears the petitions and rules on them.

The other view is that since the ruling has now been referred to a larger bench, last year’s ruling doesn’t hold good now.

However, Surendran’s statement is contrary to the stand the state government took last year, even when the Supreme Court allowed petitions to review its ruling.

There are three reasons why the Kerala government has chosen to say that it will not provide protection to activists, which is in contrast to what it did last year.

The Pinarayi Vijayan government last year went all out to implement the Supreme Court order, even using police force, and also provided cover to some activists to gain entry into the temple.

The Supreme Court ruling and the Kerala government’s resolve to implement the judgment led to a wave of protests, mainly led by women, in the state last year. An undercurrent of bitterness against the LDF government also prevailed.

The first reason why the Kerala government has softened its stand this year is because of the drubbing the LDF got in the elections to the Lok Sabha in May this year.

Of the 20 Lok Sabha seats at stake in Kerala, the LDF, led by the Communist Party of India-Marxist, won only one seat, with the Congress-led United Democratic Front sweeping the rest.

The second reason is that the protests against the ruling and the LDF’s insistence on implementing it affected the temple’s income. One, many Ayyappa devotees decided against visiting Sabarimala during the mandala pooja or pilgrimage season (15 November 2018 -20 January 2019 with a three-day gap during 28-30 December.)

Two, within Kerala the people got upset that they either pared or stopped donations to temples. Devotees were told that if they felt compelled to donate to temples, they would better drop one or two rupee coins in hundis than donate huge sums.

As a result, donations to temples dropped drastically and, in turn, the income to the Devaswom boards that administer the temples fell.

For example, the Travancore Devaswom Board (TDB) that manages nearly 1,250 temples had its income pruned by over Rs 100 crore last year during the pilgrimage season.

This drop in income forced the TDB to avail of a Rs 30-crore bank loan this year to meet its expenses such as salaries, day-to-day administration and pensions. The board had to pledge its fixed deposits to avail of the loan.

There was another problem in Sabarimala itself. Every year, TDB auctions shops starting from the base camp of Pampa to the Ayyappa shrine. Those who had taken the shops on auction last year suffered badly.

Some of them refused to pay 50 per cent of the amount due to the board, pointing to the losses they suffered.

This year, over 80-odd of the 213 shops there have not been auctioned despite a 30 per cent rebate offered by TDB.

The third reason is that November-January is the tourist season in Kerala where many from abroad and outside the state visit Kerala. The protests and unrest in the state led to a drop in visitors coming to the state. This had an effect on the state’s economy.

Experts feel that the Vijayan government has probably turned wise after the political and economic blow it received last year. That is the primary reason why the government has sounded caution to the activists.