Kerala: Why A Pro-BJP Malayalam Daily Is Lauding The Communist Chief Minister 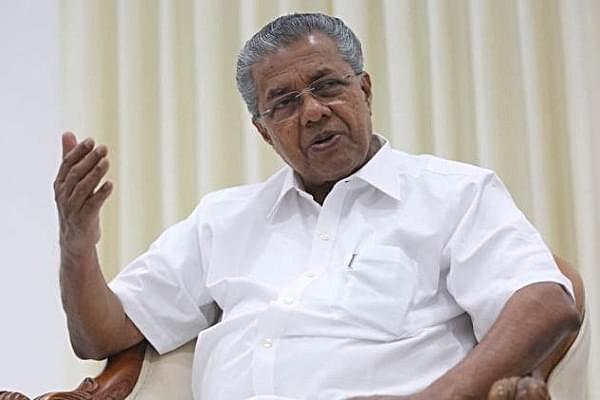 During the weekend, Janmabhoomi, a pro-Bharatiya Janata Party (BJP) Malayalam daily, published an article in its Op-Ed page lauding Kerala Chief Minister Pinarayi Vijayan for the gunning down of three Maoists at Attapadi hills in Palakkad district by the state police.

A fourth Maoists were shot dead the next day when the Kerala Police Elite Command Force, Thunderbolts, went to inspect the site of the encounter. The visit was also to search for the fourth Maoist, who had escaped the previous day. The killed Maoists belonged to the Kabani Dal.

The Thunderbolts had gunned down three Maoists, including a woman, in an encounter on 27 October when a seven-member Maoist group opened fire on them. The Maoists had been frequenting Attapadi and adjoining hills for long.

The Kerala government led by the Communist Party Of India-Marxist (CPI(M) has been at the receiving end from the Opposition, particularly the Congress, for the Thunderbolts’ action.

Senior Malayalam journalist Kunhikannan wrote the article titled “Big Salute to Pinarayi” in his Op-Ed column, “Marupuram” (the other side), lauding the chief minister.

Kunhikannan said the Kerala Chief Minister was right in tackling the Maoists menace. “Pinarayi (Vijayan) was able to take a stance against the CPM’s sharks at the party’s central leadership,” he wrote.

The author also criticised the Congress, and the Communist Party of India (CPI), which is an ally of the CPI(M) in the ruling Left Democratic Front (LDF) in Kerala.

The Kerala Chief Minister was right in acting against the Maoists and it could have been because of the Narendra Modi government in power at the centre, the senior journalist wrote in his column.

Kunhikannan also pointed out that in the past he had been critical of Vijayan’s policies and principles and “had not minced words in reacting to his style of functioning”.

Meanwhile, responding to an adjournment motion in the Kerala assembly, Vijayan defended the action of the Thunderbolts personnel shooting the Maoists, saying it was done in self-defence.

“No one will be killed just because they are Maoists. The Government will examine if there was any lapse in the shooting,” the Chief Minister said, and added that Maoists from other states were trying to infiltrate into Kerala besides expanding their activities in the Western Ghats.

One of the Maoists killed hailed from Tamil Nadu, while the woman was from Karnataka. Kunhikannan views these statements of Vijayan as positive ones that would go a long way to curb Maoists activities in the Western Ghats, particularly in Kerala.

Besides the four killed in October, another Maoist leader, C P Jaleel, was shot dead at a resort near Vythiri in Wayanadu district in March this year. Two others had been shot down in an encounter in the Nilambur forests in November 2016.

The Opposition, led by the Congress, had moved an adjournment motion on 30 October in the assembly seeking an independent probe.

Indian Union Muslim League assembly member, N Shamsudeen, who had moved the motion, alleged that the Maoists had been shot dead instead of being captured.

Shamsudeen wondered how no policeman was injured if there had been an encounter and alleged that the Thunderbolts personnel had shot to kill rather than to capture.

The Kerala Chief Minister said the government was duty-bound to enforce law and order against forces like Maoists, which were out to create trouble in the state.

Opposition and senior Congress leader, Ramesh Chennithala, called the shooting down of the Maoists as “extrajudicial killings”.

The local media has taken notice of the Janmabhoomi article praising Vijayan and termed it as “eulogising” the chief minister.