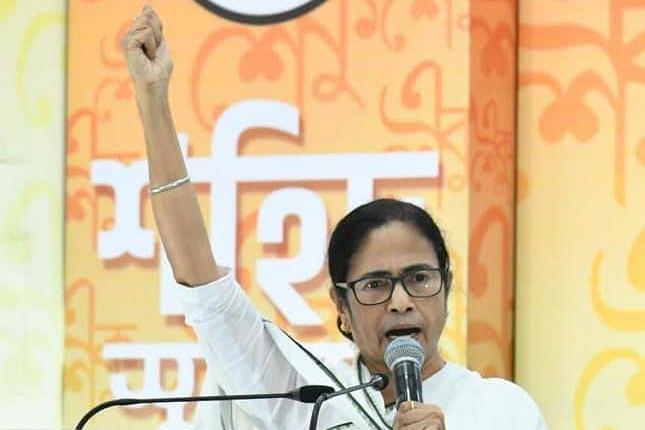 In a controversial move, West Bengal Chief Minister (CM) said in her speech today that the state government will celebrate 16 August 2021 — the 75th anniversary of 1946 Calcutta Killings — as "Khela Hobe Diwas". Banerjee said that the "Khela" will continue in all the states till BJP is wiped out from the country.

The "Khela Hobe" slogan is the brainchild of Shamim Osman, an Awami League MP from Narayanganj, Bangladesh, who first used the term back in 2013-2014 during a meeting there.

Osman, his followers and family members have been accused of engaging in numerous unlawful and violent activities over the years, including religious bigotry. In 2016, Osman's brother punished in the most humiliating and inhuman manner a school head master Shyamal Kanti Bhakta for "insulting Islam" (she was later found innocent).

Is Mamata's adoption of Osman's "Khela Hobe" also an endorsement of similar intimidation tactics? The comment raised eyebrows because of the obvious hint towards condoning violence against political opponents.

It is significant that Banerjee's remark comes at a time when the judiciary is hearing the petitions of several victims of the post-poll violence unleashed by alleged TMC cadre after the party emerged victorious in the assembly elections this year.

Both the Calcutta High Court and National Human Rights Commission (NHRC) rapped the Mamata government for not only failing to protect innocent victims, but the administration's continued apathy, even victimisation, of the victims by harassment, threats to withdraw the complaint etc.

Over and above, Mamata chose 16 August, the 75th anniversary of 1946 Calcutta Killings to celebrate the "Khela Hobe Diwas".

Muhammad Ali Jinnah in 1946 announced 16 August as the "Direct Action Day" to carve out a separate Muslim homeland, saying it would either be a "divided India or a destroyed India”.

The date 16 August was chosen deliberately as it was the eighteenth day of Ramzan — the day that Prophet Muhammad waged the Battle of Badr. The Muslim leaders mobilised the masses in the name of Quran with mosques serving as the base, drawing comparison with Muhammad's confrontation with "polytheists " and "idol-worshippers".

Jaideep Mazumdar quotes from Devendra Panigrahi's seminal India’s Partition: The Story of Imperialism in Retreat, the 13 August 1946 issue of Muslim league mouthpiece The Star of India, which gave detailed instructions on how to observe ‘Direct Action Day’. The newspaper wrote:

"Muslims must remember that it was in Ramzan that permission for jehad was granted by Allah. It was in Ramzan that the Battle of Badr, the first open conflict between Islam and heathens, was fought and won by 313 Muslims and again it was in Ramzan that 10,000 Muslims under the Holy Prophet conquered Mecca and established the Kingdom of Heaven and the commonwealth of Islam in Arabia. The Muslim League is fortunate that it is starting its action on this Holy month and day."

The clerics delivered sermons urging Muslims gathered for Friday namaz to use all means for the creation of Pakistan.

In the post-poll violence this year too, communal divisions were palpable. Women and Dalits were special targets. Those perceived as supporters of BJP were subjected to rape, arson, molestation, and assault. Many conditions ranging from payment of stiff fines and undertaking to disassociate themselves from the BJP to ‘surrendering’ their womenfolk to Trinamool strongmen who had been lusting after them (the women) were set for many of these displaced families.

Mazumdar writes in his ground report:

In many cases, the perpetrators of the atrocities against these hapless families (mostly Hindus) are Muslims. The Trinamool strongmen who are demanding that the women of these families ‘submit’ themselves to their sexual demands are also mostly Muslims.

Despite repeated criticism from the court, NHRC as well as civil society, Mamata Banerjee has refused to acknowledge the violence in the state, calling it a "BJP gimmick".