Ladakh: China ‘Upset’ With India’s Rapid Infrastructure Buildup, Blames It For Tensions Along The LAC 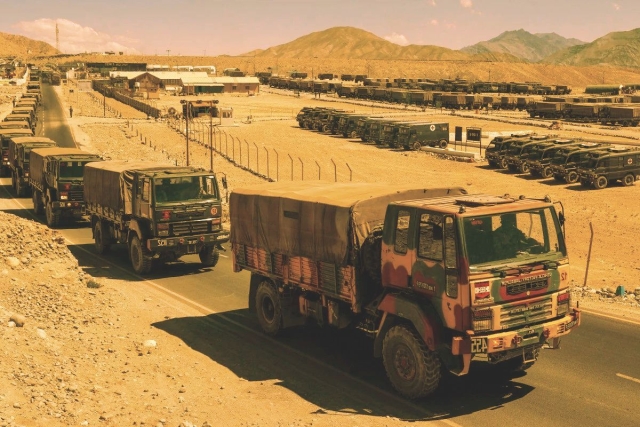 India has continued to build large-scale infrastructure in Ladakh at a rapid pace, despite threats from China along the Line of Actual Control (LAC).

If anything, China’s efforts at salami-slicing Indian territory and the naked aggression in the Galwan Valley, coupled with its repeated threats, have only helped increase the pace of road construction in the remotest parts of Ladakh.

On 12 October, just hours before the seventh round of military talks between India and China began, Defence Minister Rajnath Singh had inaugurated 44 bridges built by the Border Roads Organisation in areas along India’s border.

Of these 44 bridges, at least 30 are on routes leading to the LAC with China. Eight of these 44 bridges have come up in Ladakh alone. Many of these are 'Class 70' bridges, which allow the movement of heavy military vehicles including main battle tanks and armoured personnel carriers of the Army.

A day later, the Chinese have blamed India’s infrastructure buildup as the “root cause” for the tensions along the LAC in eastern Ladakh.

For decades, experts say, China has been building roads along the LAC to improve the movement of its troops and has built up the capability and the infrastructure needed to flood in troops from its bases in the interior to the border with India using this road infrastructure.

Until recently, this gave China a significant military advantage over India, which could move troops only at a much slower pace.

With India now building infrastructure along the western frontier at a rapid pace for the past few years, this advantage is getting eroded, China watchers say. With the infrastructure gap along the LAC narrowing, China’s actions of salami-slicing Indian territory are being increasingly challenged.

Areas along the border, which were either inaccessible for Indian troops, or took days to reach, are now only hours away.

“For a while, the Indian side has been stepping up infrastructure building...along the border with China. This is the root cause of tensions,” Lijian Zhao, a Chinese Communist Party spokesperson, said on 13 October.

India, however, has rejected the claim saying all the roads and bridges it is building are coming up on its side of the border. It has also cited the continued buildup of infrastructure by China in contested areas, including the laying of optical fiber network and the construction of roads, to dismiss this claim.

Speaking after the inauguration of 44 bridges on 12 October, Director- General of BRO, Lieutenant-General Harpal Singh said India was working on around 40-50 more bridges in Ladakh.

These bridges, he said, will be ready in the next few months.

The bridges coming up in Ladakh, he said, will ensure “speedier movement of our strategic forces” during tensions in the region.

The renovation work on the 255-km Darbuk-Shayok-Daulat Beg Oldie road, critical for connectivity in north eastern Ladakh (called sub-sector north by the Army), is also likely to be complete by the end of October.