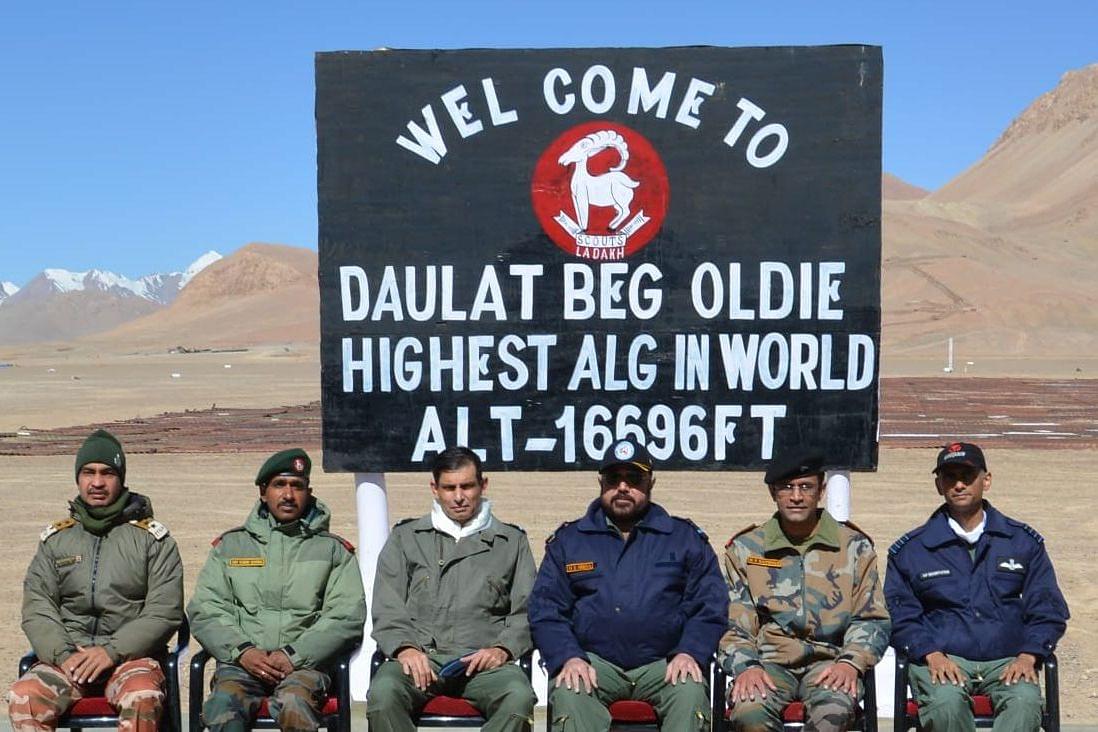 In Ladakh’s Depsang Plains, India lost access to nearly 972 square kilometres of territory on its side of the Line of Actual Control (LAC), a report in the Indian Express, based on inputs from a top security officer, says.

Indian forces deployed in the area, the report says, have not been able to access this territory in Ladakh, close to the strategically important Daulat Beg Oldi area, for “more than 10 to 15 years”. This, many experts said, meant that access to this territory was lost sometime during the rule of the United Progressive Alliance (UPA) government led by the Congress.

The Depsang Plains is strategically important not only because it lies close to the Karakoram Pass and the Daulat Beg Oldie airfield, but also because the Darbuk-Shyok-Daulat Beg Oldi (DS-DBO) road passes through Depsang.

Chinese gains in this area, experts say, would threaten the DS-DBO road. This road is critical for connectivity to Daulat Beg Oldie.

“What’s also significant is that in the Depsang Plains... India has not been able to reach the LAC in the last 15 years. The area that India has not accessed in years is around 972 sq km,” the Indian Express report says.

This clarity in the situation in Depsang comes at a time when some reports have said that India has lost a large part of territory under its control here.

Apart from revealing that 972 sq km of territory was lost more than a decade ago, the security official quoted in the Indian Express report said no ground has been lost in the Depsang Plains during the current crisis in Ladakh.

The Bottleneck point is located around 7 km away from an Indian base at Burtse, which is manned by the Indo-Tibetan Border Police (ITBP).

From the Bottleneck, one Indian patrol route leads northwards along the Raki Nala towards PP-10, and then turns east to PP-11 and 11-A and finally towards the south to PP 12. The other Indian route leads south-eastward to PP-13, which lies south of the PPs mentioned above and north of PP-14 in the Galwan Valley, where Indian and Chinese troops had clashed earlier this month.

However, contrary to many reports, which said that China had occupied the area around the ‘Bottleneck’ point to stop Indian patrols, the security official said that the PLA has not made a permanent base at the point.

“He (PLA) has not come and permanently sat down at Bottleneck. Whenever we go, he comes and blocks us… blocking each other, a game which has been going on in a number of areas. We have not lost access. If we want, we can go tomorrow also. But I (Indian Army) do not want to create another flashpoint right now,” the security officer has been quoted as saying.

The PLA has been blocking Indian patrols to these PPs since April.

These patrolling points, which lie a few kilometres short of the LAC on the Indian side, are geographic markers set by China Study Group, which was established by the Cabinet Committee on Political Affairs in 1976.

Chinese claim line lies west of the ‘Bottleneck’ point, in the area under the control of Indian forces. Beijing’s claim line is “2 kilometres inward of Burtse”, where India has a permanent base, the Indian Express report says, adding, “Indian soldiers too have not allowed Chinese patrols to move beyond Bottleneck.”

During the India-China face-off in 2015, a report by Praveen Swami in News18 said, a Chinese patrol party had come within 1.5 km of the Indian base at Burtse and Indian troops had dismantled a Chinese shed near Bottleneck.

In 2008 and 2009, the Chinese troops intrude into this area and destroyed Indian camps near the current day ITBP base in Burtse, “burning fuel stores and rations dumped there for use by Indian patrols”.

With China’s increasing presence here, the PLA may want to shift the LAC westwards. Increasing Chinese transgressions in the larger area — 75 in 2017, 83 in 2018 and 157 in 2019 — also suggest that PLA’s movements, both in the past and now, are aimed at pushing the LAC further west from where it currently is.