Lesson From Covid Pandemic: The Need For ‘One Health’ Approach And How Indian Culture Can Help Promote It 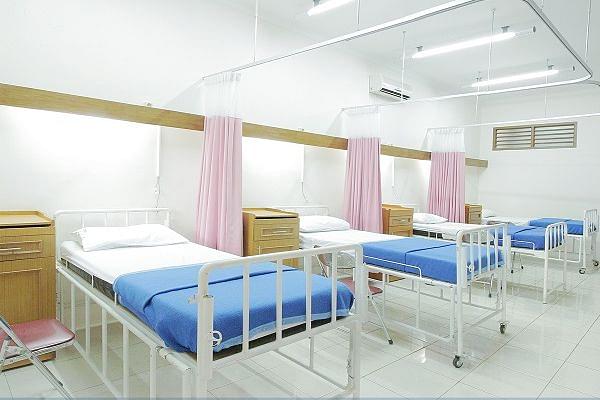 A view of patient wards in a hospital. (Unsplash/Adhy Savala)

The COVID-19 pandemic that has ravaged the world since last year has forced a relook at the health approach taken by the global as well as national leaders.

At the global level, the focus remains on alleviating hunger and poverty, building healthcare infrastructure, as well as cutting-edge research in pharmaceuticals and other curative therapies. The national leaders also focus on these as the major planks.

While all of the above are crucial, the pandemic has proven that the humanity needs to go beyond the current anthropocentric, capital intensive, fragmented discourse on health. In this context, the ‘one health’ approach is making rounds on social media as well as newspaper columns.

What Is ‘One Health’ Approach

The one health approach acknowledges the interconnectedness of animals, humans, and the environment.

This recognition is important given that the large number of zoonotic infectious diseases that threaten human health. According to different researchers, more than 60 per cent of the emerging infectious diseases are zoonotic, that is, of animal-origin. A zoonotic pathogen is one which jumps from the animal host to human host (through genetic adaptation).

Species loss, habitat degradation, pollution, invasive alien species, and global climate change further increase the chances of the rise of zoonotic diseases, as they bring humans and animals into closer contact, as well as harm the integrity of an ecosystem.

In this context, it is important to understand and document the linkages between the environment, animals, and human health.

How Is It Applied?

The “Manhattan Principles” by the organisers of the “One World, One Health” 2004 event, lists 12 recommendations for the goal of ‘one health’.

Broadly, the following steps can be considered crucial:

Apart from these, environmental conservation is also important.

The benefits of the approach include not only the protection against epidemics or zoonotic diseases, but also maintaining the resilience of ecosystem for the benefit of humans, their domesticated animals, and biodiversity overall.

A March 2020 article in Swarajya pointed out that despite a tropical climate, high population density, species richness, etc. similar to China and Africa, India has not been the place of origin of as many viral pandemic viruses.

The article further noted that a cultural emphasis on non-violence, harmony with nature, and control of the senses (Sadachar) guards against high demand for products sourced from animals.

Additionally, the emphasis on Shauchachaar (conduct to maintain cleanliness and hygiene) demands that a distinction between polluting and non-polluting things and activities (Sparshaasparsh Vivek) be maintained at all times.

The ancient Indian thought is also unique in the aspect that it incorporates not only the animate - the animals and plants - but also the rivers, mountains, land, etc. as worthy of protection.

Authors like Kautilya say that a righteous ruler is duty-bound to protect the environment. Certain others go as far as saying that a kingdom where the forests etc. are exploited wantonly, destroyed soon meets its end.