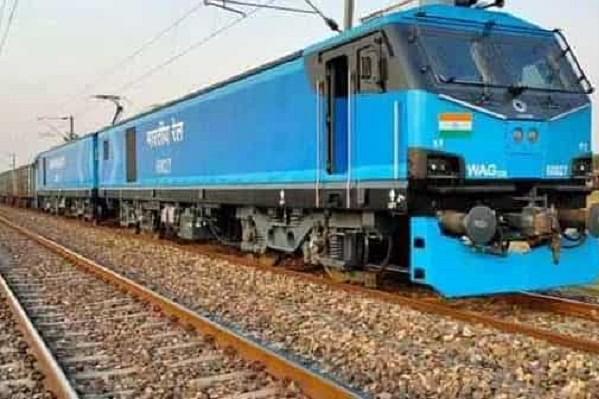 A loco produced by Alstom at the Madhepura factory in Bihar.

In 2015, the Railways had signed a euro 3.5 billion deal for the supply of 800 electric locomotives with 12,000 horsepower (HP), with the French major Alstom, the largest FDI in the rail sector so far.

Since May 2020, Alstom has delivered 30 electric locomotives to Indian Railways and by the year-end, 70 more locos are expected to join the fleet, said a senior Railway Ministry official.

Estimated to cost Rs 28,39,99,000 as base price, the high-power locos would be utilised for coal transportation on Dedicated Freight Corridors, said the official.

On 10 April 2018, Prime Minister Narendra Modi had flagged off the new locomotives from Alstom India’s Madhepura facility in Bihar.

However, handing over of the locomotives for rail operations was delayed as it initially did not clear oscillation trials.

According to Railways, oscillation trials failed in July 2018 and April 2019.

Five years since the contract was signed with Alstom, the big-ticket project under the Make-in-India programme is finally on track.

These electric locomotives are designed to run at a maximum speed of 120 km per hour, while hauling about 6,000 tonnes of weight.

The Madhepura factory is a joint venture between Alstom with 74 per cent stake and the Railways with 26 per cent, the largest FDI in Railways under the PPP route.

The project is a major boost to Make-in-India initiative with more than 90 per cent components sourced from India with a supply chain ecosystem being established in India to boost the Indian economy, except wheels, axles, electronic cards and bogie dampers, which are imported, said the official.

These locos are most energy efficient with the latest technology, with an IGBT based 3-phase propulsion system.

Indian Railways has incurred an expenditure of Rs 256 crore on acquiring land, providing power supply and rail/road connectivity for the factory while the company has invested Rs 1,015 crore till June this year.

Since the Railways aims for complete electrification of its network, the high-power locos are expected to increase the freight share of the public transporter.