Madras High Court Rejects Madhya Pradesh’s Plea To Recognise Basmati Grown In 13 Districts, But All Is Not Lost 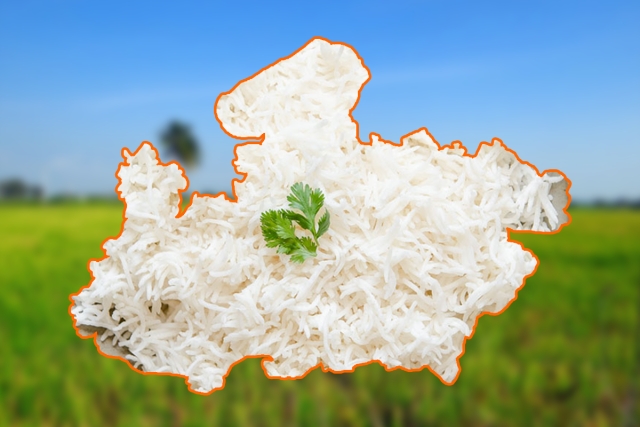 All is not lost for Madhya Pradesh in its fight for getting GI tags to Basmati produced in the state.

The Madras High Court has dismissed a petition filed by the Madhya Pradesh government seeking that the fragrant Basmati rice grown in 13 districts of the state be given the geographical indication (GI) tag, which would mean that it is a special product specific to a particular region.

A geographical indication tag is given to products that have a specific geographical origin and possess special qualities or reputation that are due to place from where it originates.

The APEDA, in turn, will authorise exporters and private traders to use the GI sign, provided the product meets all required norms for a GI produce.

Madhya Pradesh’s grievance was that its plea, made in April 2013, with IPAB and APEDA to include its Basmati cultivation regions was ignored.

The state government had also requested the setting up of a consultative group to examine its plea but it was turned down. It pointed out that a similar group was set up when an individual entity called Heritage Group had sought a GI certificate for Basmati.

Since 1990, owing to increasing demand, the Madhya Pradesh Seed and Farm Development Corporation, a state enterprise, which also filed a petition in the High Court, has been distributing Basmati seeds to farmers in these regions.

On the other hand, the GI certificate that IPAB gave to APEDA determines that the whole of Punjab, Haryana, Uttarakhand, Jammu and Kashmir, Delhi, and Himachal Pradesh besides 26 districts of Uttar Pradesh are the regions cultivating Basmati.

Madhya Pradesh, while contending that Basmati rice grown in the state has all the required traits, has challenged, in particular, APEDA's observation that the variety is “grown and produced in a specific region of the Indo-Gangetic plain below the foothills of Himalayas”.

Questioning APEDA’s determination that Basmati rice was grown only in five states, the Madhya Pradesh government argued that IPAB was wrong in determining traditional Basmati growing areas without any documentary proof.

The Madras High Court’s ruling, per se, doesn’t dismiss Madhya Pradesh’s claim outright. The judges, in their order, said that two GI certificates cannot be given for the same product and pointed out at two of Madhya Pradesh petitions, filed in 2018, pending with it against the GI registration.

The bench observed that when such petitions were pending, the 2016 petition was of “academic” interest only. Thus, the writ filed by the state government was “not maintainable”.

The judges said that they would prefer not to comment or deal further with the petition in view of the pending petitions.

Also, the state government did not find any fault with either the GI certificate being given to APEDA or the regions specified for cultivating the rise. This, the court said, forced it to uphold the IPAB 2016 order.

However, the court said that the Madhya Pradesh government had an “alternative and efficacious remedy” available. It could file an application with the Registrar of Trademark seeking to cancel or vary the GI certificate to APEDA.

Madhya Pradesh has now two options. One, carrying the petitions filed in 2018 to their logical end, if necessary up to the Supreme Court. Two, it can also move the Registrar of Trademark for varying or cancelling the GI certificate, as suggested by the High Court judges.