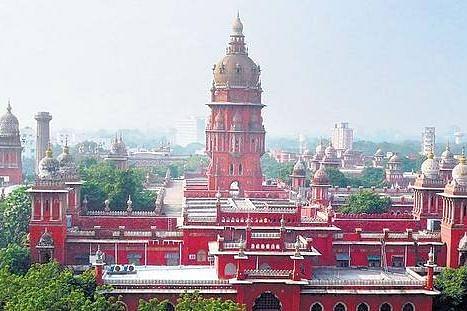 The Madras High Court has sentenced the Church of South India Madras Diocese Bishop and two pastors to three months simple imprisonment and imposed a fine of Rs 1,500 each for contempt of court.

In the 11 January 2018 order, the High Court justices Rajiv Shakdher and N Sathish Kumar asked the St George’s Cathedral presbyter incharge and two other officials to end the suspension of three believers of the church.

The three believers were suspended on 28 June 2013 for “working against the unity and harmony of the church”.

The suspension was initially for one year but the bishop’s order said it could be revoked earlier if they assured to work for the “unity and harmony of the church”.

The suspension was, however, not revoked even after a year and hence the three believers moved the High Court against it.

A single judge bench which first handled the case, gave the relief sought by the petitioners.

But the church authorities chose to go in appeal before the two-judge bench which made it clear to them to issue Cathedral chime sheets and pew sheets including the name of the three believers and their family members on their birthdays and wedding anniversaries.

Since the St George Cathedral’s authorities, including the presbyter did not implement the orders, the affected believers moved a contempt of court petition against them.

Finding the bishop and the pastors guilty under Section 12 of the Contempt of Court Act, the judges pronounced the sentence and fine.

However, the judges suspended the sentence allowing the bishop and pastors’ counsels to file an appeal in the Supreme Court.

The relief of suspending the sentence has been extended on the condition that the bishop and pastors execute a bond for Rs 1 lakh each.

This is the second ruling in a week where the CSI Church and its activities have come under scrutiny by the Madras High Court.

On 1 February, the Madras High Court asked CSI Trust Association, which manages the church’s properties running into Rs 1 lakh crore, to appear before the Registrar of Companies and submit detailed explanation to the charges of irregularities against it.