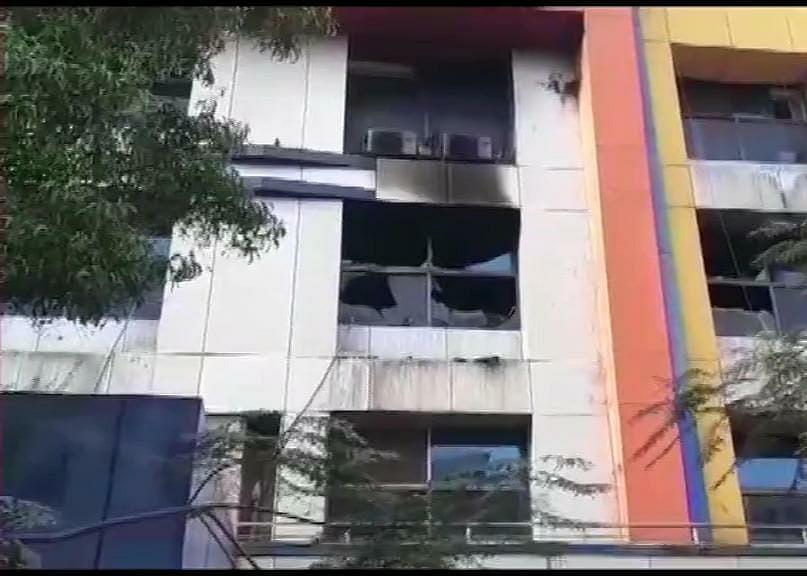 At least 13 patients suffocated to death and several others injured in a massive fire that broke out in a Covid hospital in Virar early on Friday (23 April), officials said.

The blaze was noticed around 3.15 am on the second floor ICU Ward in the 4-storied Vijay Vallabh Hospital of Tirupati Nagar and quickly spread to other wards, according to Virar Fire Brigade.

Maharashtra | 13 people have died in a fire that broke out at Vijay Vallabh COVID care hospital in Virar, early morning today pic.twitter.com/DoySNt4CSQ

Several Covid-19 patients were undergoing treatment in the hospital and the staffers managed to shift around 5-6 of them to nearby hospitals.

The Fire Brigade rushed there with three fire tenders and managed to control the conflagration after two hours.

As per the preliminary report, the fire broke out due to a short circuit in the AC unit of the ICU, reports Times Now.

The tragic incident comes just days after 22 COVID-19 patients died at a hospital in Nashik following the disruption of oxygen supply.

The fire in Nashik hospital occurred on Wednesday afternoon when the oxygen supply to patients stopped suddenly because of a malfunction in the main storage at Dr. Zakir Hussain Hospital, run by the Nashik Municipal Corporation (NMC).