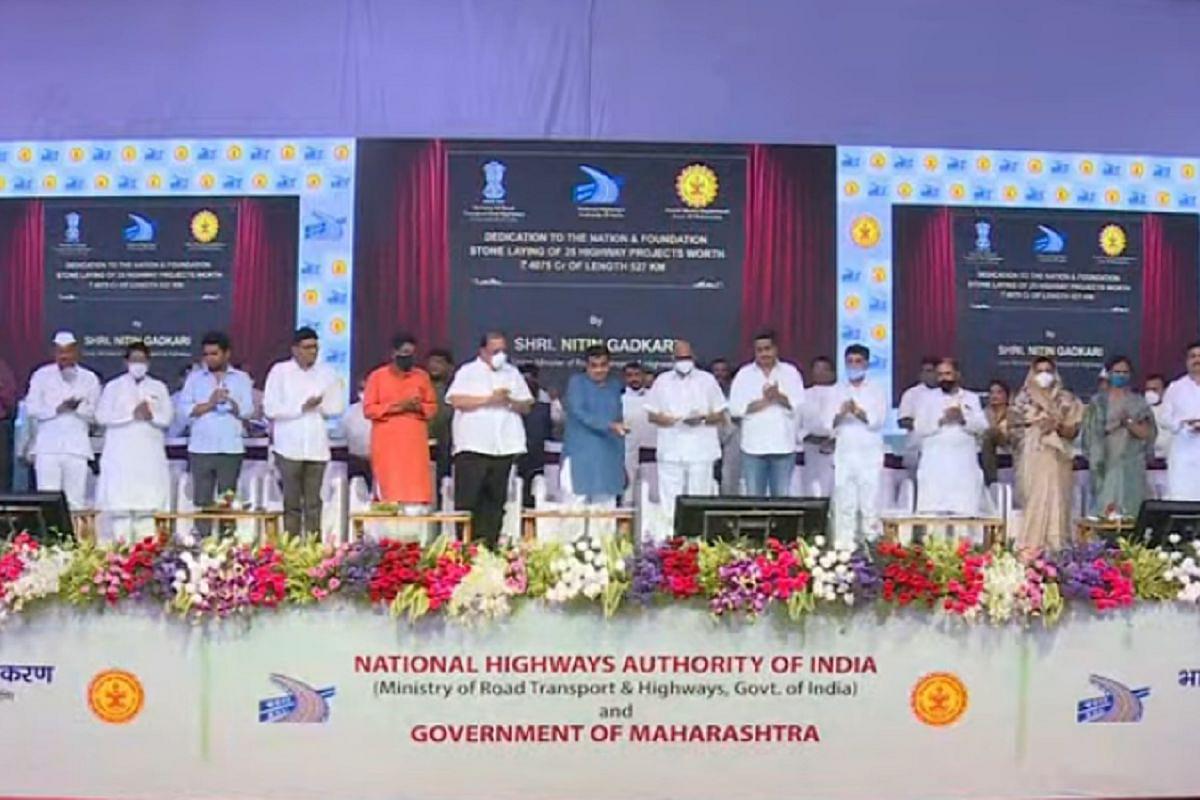 Bhumipoojan and the dedication of these projects to the nation were held in a programme organized at Kedgaon in Ahmednagar by the National Highways Authority of India (NHAI).

The 527 Km road development projects in Ahmednagar district will be implemented through the Ministry of Road Transport and Highways, National Highways Authority of India and Public Works Department, Government of Maharashtra.

Stressing the importance of converting sugar into ethanol, Minister Gadkari said there is a need to run vehicles on electricity and ethanol on the lines of Brazil.

He also said that the Government of India is ready to enter into an Ethanol Purchase Agreement for five years as the power purchase agreement.

"If ethanol production is increased in the near future, imports will come down and farmers will earn Rs five lakh crore out of Rs 12 lakh crore being spent for import of crude oil. Sugarcane will fetch good prices and farmers will no longer remain poor," he said.

He noted that the Central Government had permitted ethanol production not just from sugarcane but also from rice, maize and other grains.