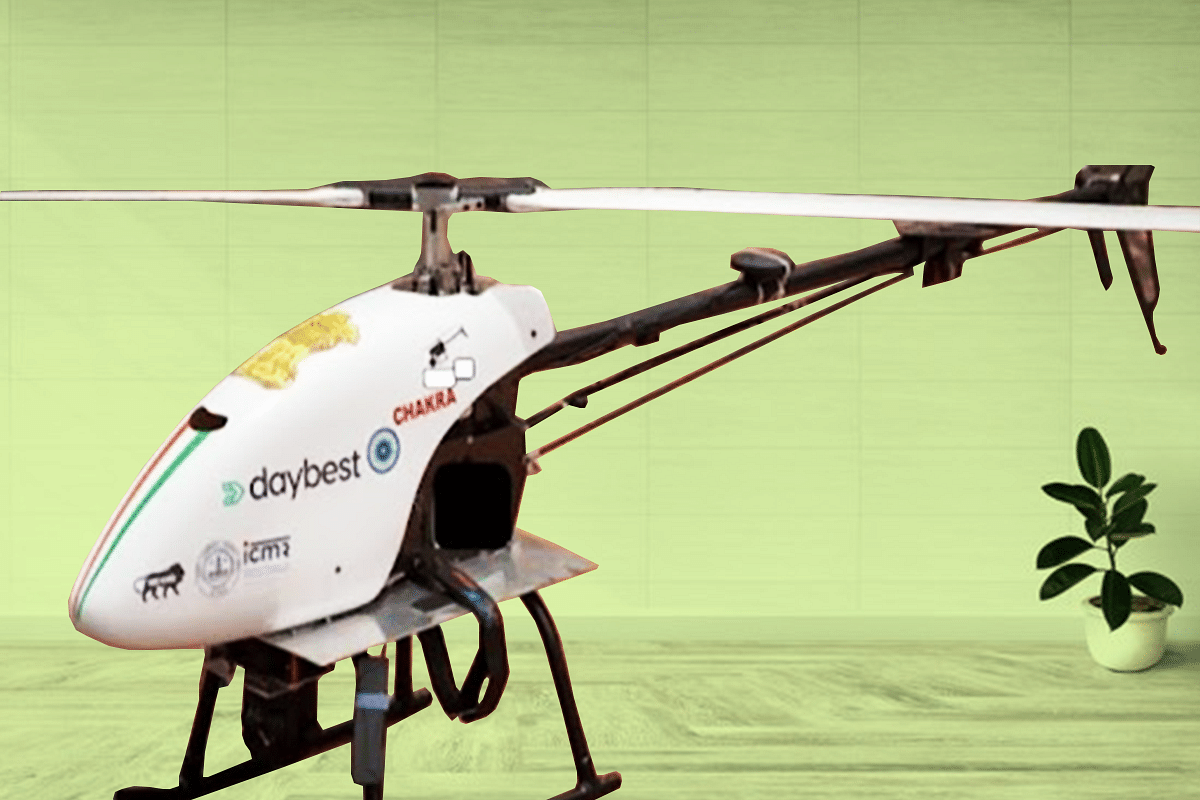 Union Health and Family Welfare Minister Mansukh Mandaviya said on 4 October that a "Make in India" drone was used to transport Covid-19 vaccine over an aerial distance of 15 kilometres in 12 to 15 minutes from the Bishnupur district hospital to Loktak lake, Karang island in Manipur for administration at the Public Health Centre.

In the presence of Secretary of Health and Family Welfare Rajesh Bhushan, the Indian Council of Medical Research Director-General Dr Balram Bhargava and other senior officers, Health Minister Mandaviya launched the ICMR’s Drone Response and Outreach in North East (i-Drone) via video conferencing.

The formal launch of i-Drone at Bishnupur district headquarters, 35 kilometres south of Imphal, was also attended by Manipur's Additional Chief Secretary V Vumlumang and other authorities.

The Health Minister said: “India is home to geographical diversities and drones can be used to deliver essentials to the last mile. We can use drones in delivering important life-saving medicines, collecting blood samples. This technology can also be used in critical situations. It may prove a game-changer in addressing the challenges in health care delivery, particularly health supplies, in difficult areas.”

He also stated that India’s Covid-19 immunisation programme has already surpassed all expectations. He said, “I strongly believe that this initiative will further help us achieve the highest possible immunisation coverage for Covid-19”. According to him, incorporating such drone technologies into national programmes would aid in the rapid delivery of additional vaccines and medical supplies.

Mandaviya thanked the Ministry of Civil Aviation, the Directorate General of Civil Aviation and the Airport Authority of India for their cooperation and commended the ICMR, health workers, as well as everyone involved in this historic initiative.

While sharing a video of the event on Twitter, Manipur Chief Minister N Biren Singh wrote: “For the first time in South-East Asia, the State Govt in collaboration with ICMR launched a drone to deliver 900 doses of Covid vaccine from Bishnupur District Hospital to the PHC in Karang island.”

On his social media account, he also noted that this technology-driven project aims to alleviate the challenges of delivering vaccines in challenging territories. He added: “We are committed to leave no stone unturned to save the precious lives of the people.”

As reported, currently, approval has been obtained for the drone-based delivery project to be implemented in Manipur and Nagaland, as well as the Union Territory of Andaman and Nicobar.

The ICMR performed an early study in partnership with the Indian Institute of Technology, Kanpur, to assess the capacity of drones to safely deliver and transfer vaccinations in Manipur, Nagaland and Andaman and Nicobar islands. The Ministry of Civil Aviation, Directorate General of Civil Aviation and other regulatory bodies have granted authority to fly drones Beyond Visual Line Of Sight based on the findings of these investigations.

In September, Union Minister of Civil Aviation Jyotiraditya Scindias shared images from the Telangana government’s ‘Medicine from the sky’ programme on social media. He tweeted: "Kicking off the drone revolution with an ambitious and important project with Telangana IT Minister @KTRTRSJi [K T Rama Rao]. ‘Medicine From the Sky’ is a first of its kind project aimed at transporting vaccines and essentials to remote areas using drones."