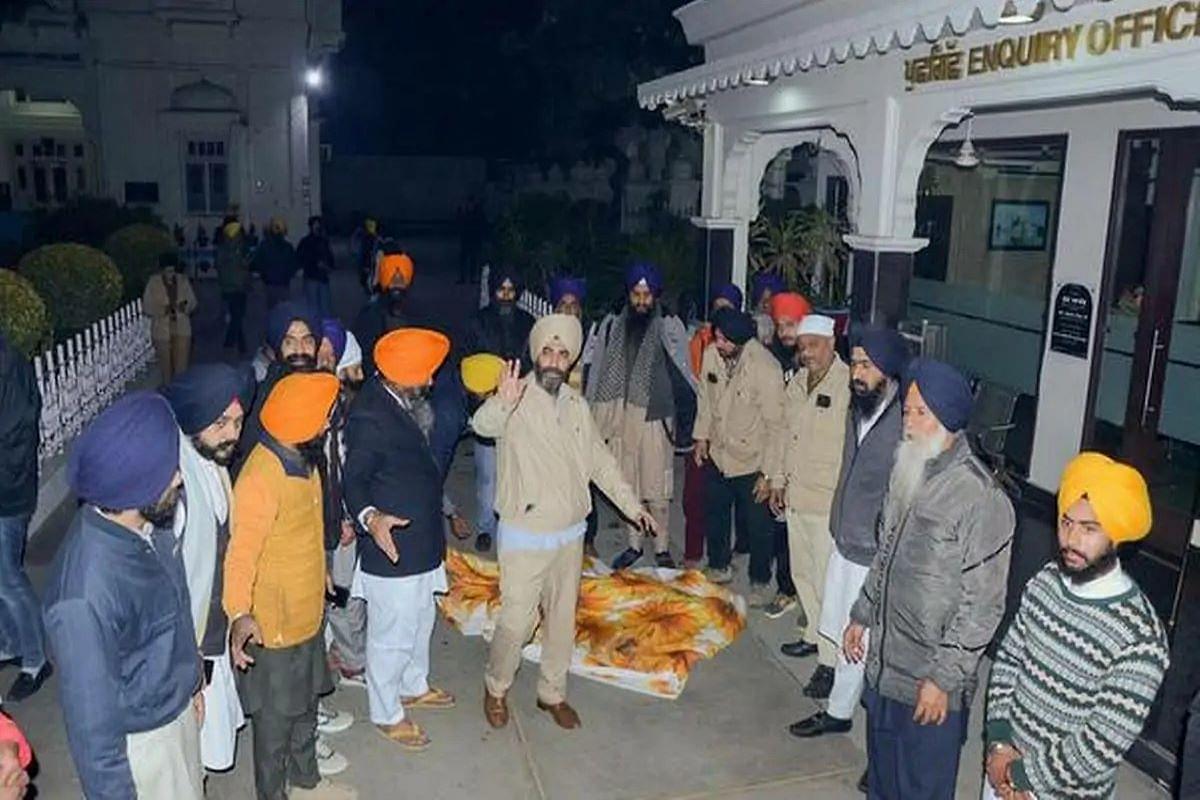 A man was lynched to death by Sikh pilgrims at the Golden Temple in Amritsar on Saturday evening over allegations that he committed 'blasphemy' by stepping inside the central enclosure of the sanctum sanctorum where the Guru Granth Sahib (regarded by Sikhs as their holy book) is placed.

The man was caught by Shiromani Gurdwara Parbandhak Committee (SGPC) task force members. When he was being taken to the SGPC office, angry crowd thrashed him badly that later led to his death.

“Before he could go any further, the SGPC employees caught him to take him to the SGPC head office in the Teja Singh Samundri Hall. While the employees were taking him to the office, some of the other devotees present in the shrine beat him up so much that he died upon reaching the office,” Hindustan Times quoted deputy commissioner of police (law and order) Parminder Singh Bhandal as saying.

Deputy Commissioner of Police P S Bhandal said the man, hailing from UP, could be around 25 to 30 years of age and his antecedents are being verified. His body has been sent to the civil hospital and a post-mortem examination will be held on Sunday. His identity is yet to be ascertained.

A heavy police force has been deployed around the SGPC complex at Teja Singh Samundri Hall to maintain law and order.

On December 15, a youth, later identified as one Ranbir Singh, was caught by SGPC employees for allegedly throwing a Gutka Sahib (a booklet of selected religious hymns) in the Golden Temple sarovar. He was later handed over to the police.

In October, a Dalit man was brutally murdered at the farmer's protest site at Singhur near Delhi for alleged desecration of a Sikh 'holy book',

On Oct 15, a mutilated body of Lakhbir Singh, a Dalit man from Punjab's Tarn Taran, was found at the Singhur border. Lakhbir Singh was tied to a barricade and his hand was chopped off. Nihang Sikhs admitted to brutally lynching the man and claimed he was killed for committing 'sacrilege' of 'holy book' of SIkhs. They were felicitated at a guruduwara before surrendering to police.

Since 2016, at least four other people(including two women) have been lynched over ‘disrespect’ to Sikh holy books.

''CM @CharanjitChanni strongly condemned the most unfortunate and heinous act to attempt sacrilege of Sri Guru Granth Sahib in the sanctum sanctorum of Sri Harimandir Sahib during the path of Sri Rehras Sahib,'' according to a tweet by the Chief Minister's Office.

''CM directed state police authorities to thoroughly probe into entire matter to zero in at the underlying motive and real conspirators behind this dastardly act. CM also called SGPC president and assured his government’s full support and cooperation to get into the bottom of the case,'' said another tweet.

Akali stalwart and five-time chief minister Parkash Singh Badal described it as a ''heinous attempt'', which was ''deeply shocking and exceedingly painful''.

Badal said the crime was too reprehensible for words and it has caused ''deep anguish and outrage in the minds of the Sikh masses all over the world''.

Badal said it was unbelievable that ''such a painful and brazen crime could be committed at the holiest shrine of humanity'' by a single individual, adding that the possibility of a deep-rooted conspiracy behind it cannot be ruled out.

He said the whole ''conspiracy'' needs to be probed, exposed and those behind it be given exemplary punishment.

Also Read: Punjab Politicians And Activists Seem To Have Concern Only For Honour Of Holy Books, Not Humans Lynched Over It