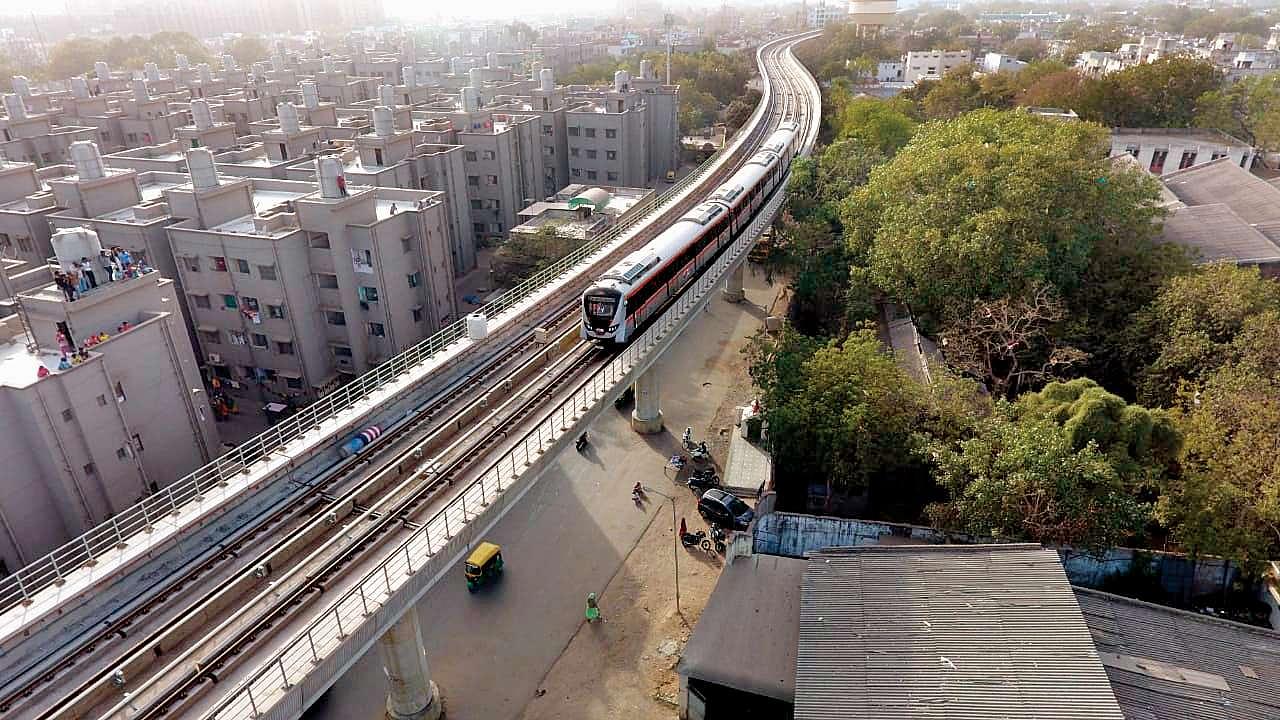 As of now, the elevated corridor above the iconic Sabarmati River and the work for metro stations towards Gandhinagar for the second phase of this project are some main highlights of the initial work being done.

In fact, the eight-span bridge over Sabarmati River is spread across 298 meters and connects the Old High Court Station to the eastern bank.

Moreover, platform screen doors (PSDs) as a form of suicide prevention screens will be operational at Vastral station, as well as in Apparel Park and Vastral Gam stations. This facility will be extended to every metro station going ahead.

For the construction of the second phase of the Ahmedabad metro project, vertical pile load tests are being conducted by two technical agencies between Gandhinagar’s Sector-1 and GNLU, Times of India reports.

Additionally, the GMRCL along with the National High Speed Rail Corporation Limited (NHSRCL) have involved the Ahmedabad Municipal Corporation to develop the detailed local area plan (LAP) for stations between Sabarmati and Motera, which is set to be built as a multi-modal hub.

Rs 418 crore is set to be spent on building metro stations at Raysan, Randesan, Infocity, Sector-1 and Dhaulakuva as a part of the phase-2 of the 6.47-km long corridor package. Meanwhile, Ahmedabad has joined the unique list along with Bengaluru to have two phases of metro rail construction progressing simultaneously.