Mitali Express Flagged Off Between India And Bangladesh 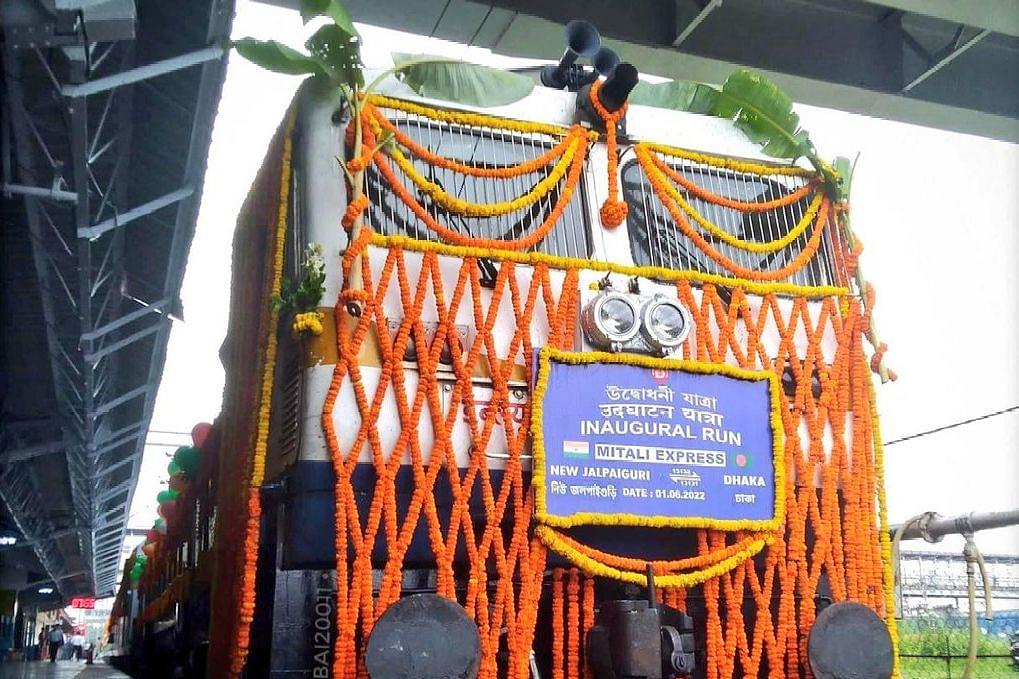 Reinstating friendship between India and Bangladesh, a new passenger train service was launched with great fanfare.

In order to further strengthen people-to-people connectivity through the rail, India and Bangladesh, after several meetings, decided to start Mitali Express via the recently-restored Haldibari-Chilahati rail link.

This third passenger train service between New Jalpaiguri (India)-Dhaka (Bangladesh)-Mitali Express which was virtually inaugurated by both the countries’ prime ministers on 27 March 2021, was flagged-off virtually by Railway Minister Ashwini Vaishnaw and his counterpart in Bangladesh Nurul Islam Sujan Rail Bhavan, on Wednesday (1 June).

Earlier, this train operation could not be started due to Covid pandemic restrictions.

Speaking on the occasion, Vaishnaw said that Mitali Express, will be yet another milestone in strengthening this friendship, this bond, and in improving this relationship. Lots of collaborative efforts have been made between the two railways. It is a very opportune moment; a moment when we should take bigger steps to cement our relationship between the two nations.

Indian Railways LHB coaches (like used in Maitree Express and Bandhan Express) will be used comprising four first AC, four AC chair car and two power cars. There will be three classes – AC first (cabin) sleeper, AC first (cabin) seat and AC chair car, and the fare will be $44, $33 and $22 respectively. The additional new passenger service, Mitali Express, will give a boost to tourism of both the countries since it connects Bangladesh with North Bengal as well as the North Eastern region of India. This will also provide access to Nepal to Bangladeshi citizens via India by rail.

This new train is in addition to two existing passenger train services, namely Kolkata-Dhaka-Kolkata Maitree Express (five days in a week) and Kolkata-Khulna-Kolkata Bandhan Express (two days in a week) between India and Bangladesh.

The services of above two trains, which were suspended due to Covid pandemic restrictions, have now also resumed service.