MP: Complaint Against Congress MLA Jitu Patwari For Posting Morphed Image Of PM Modi; Second Such Post In Past 8 Days 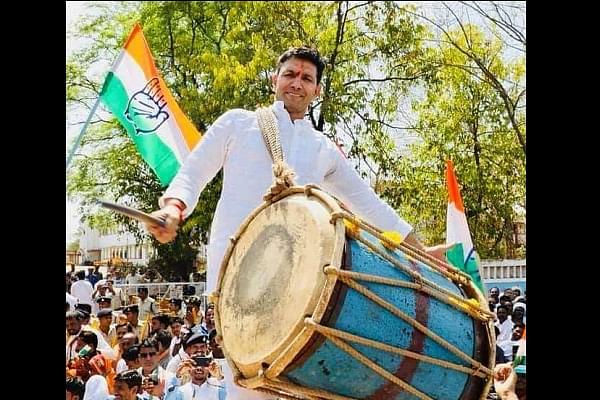 Jitu Patwari, Congress MLA and president of the Madhya Pradesh Congress media cell, may find himself in trouble for allegedly tampering with a photo of Prime Minister Narendra Modi.

A complaint has been lodged by the Bharatiya Janata Party (BJP) with the Indore police in the matter. The police said a case will be registered after conducting an inquiry.

Patwari on Saturday (8 August) shared a photograph of Prime Minister Modi on his Twitter handle. This picture was of the Bhumi Pujan of the Ram temple in Ayodhya but it was reportedly distorted. The morphed picture showed Prime Minister Narendra Modi with a earthen bowl in his hand.

However the morphed image was taken from the following image from the bhoomi pujan ceremony.

BJP leaders from Indore late on Saturday night filed a complaint with the DIG Harinarayan Chari Mishra and demanded registration of a case.

DIG Mishra said the BJP leaders have submitted an application demanding registration of a case under Information Technology (IT Act). Necessary action will be taken after conducting an inquiry on the application. The application claims the photo was presented in a distorted form and indecent comments were passed.

Several users also pointed the incorrect Hindi words that Patwari had used in the tweet.

It should be noted that just last week Patwari had shared an image of a modified aircraft and spread the fake news that it belongs to Prime Minister Narendra Modi.

Posting the interiors of a luxurious cabin of an aircraft, Jitu Patwari said, ‘even though the PM comes from a tea seller background, he will make India a world leader only if we give him better facilities’. However, later the image was actually taken from the website of Deer Jet, a chartered flight operator who had posted a configured image of Boeing 787 Dreamliner jet.

Patwari had earlier faced flak on social media over his sexist and misogynist tweet. In a now deleted tweet, Patwari tried to compare the birth of a girl child with the failures of Modi government schemes.