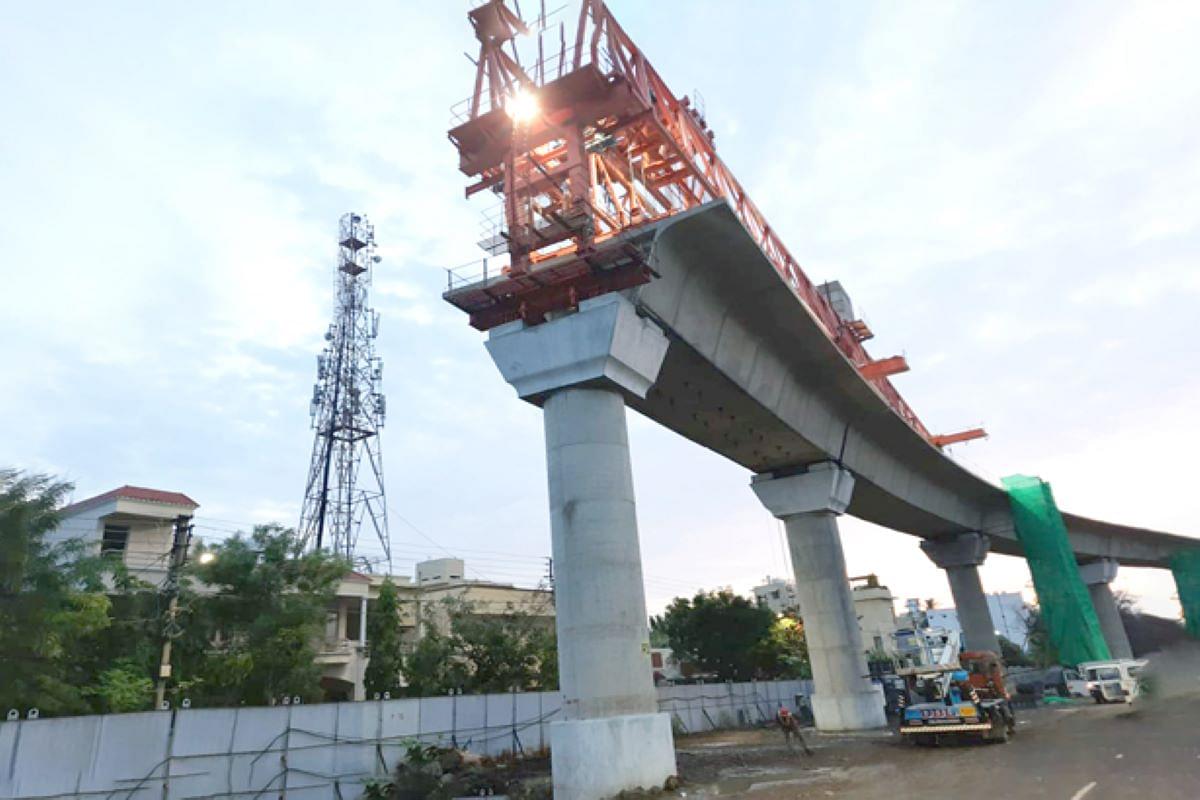 Addressing the event, the CM said the the metro route will be circular like a ring starting from Devi Ahilyabai Holkar Airport and passing through various areas in the city.

The metro rail work here had come to a standstill during the previous Congress government, Chauhan alleged, adding that the project was moving ahead at full speed now. He directed officials to conduct a survey to extend Indore metro to the neighbouring holy city of Ujjain as well as the Pithampur Industrial Area.

Indore, the commercial capital of the state of Madhya Pradesh, faces connectivity challenges arising from rapid urbanization and inadequate public transport infrastructure. Besides a major industrial hub and tourist destination, Indore is also the center for education and medical services of the state. Indore’s current bus system is unable to address the rising demand for public transportation from increasing traffic volume. The city is unable to expand road corridors to add bus lines due to limited land space.

The phase-1 of Indore Metro Rail Project was conceptualised to address the city's urbanisation challenges. The phase -1 of the under-construction rail project will cover 31 km. The alignment is planned as a ring line from Gandhi Nagar – Bhawarsala- Radisson Square – Bengali Square – Indore Railway Station – Rajwada Palace to Airport. The annual traffic for the Project upon completion is estimated to be about 126 million passenger trips.

The package -2 of the of Indore Metro Rail Project involves design and construction of seven elevated metro rail stations including viaduct portion within the stations and transition spans on either side of the stations, entry- exit structures, architectural finishes, electrical and mechanical (E&M) works etc. RVNL secured the contract for package-2 from the Madhya Pradesh Metro Rail Corporation by quoting a winning bid at Rs 381.95 crore.

RVNL was also awarded the package-3 worth Rs 1,035 crore for design and construction of 11-km elevated viaduct between MR10 Road – Gandhi Nagar section including 9 elevated stations.

The integrated work package also includes connecting a depot to an interface location, as well as the civil, structural, roof structure, mechanical, electrical, and plumbing (MEP) works, architectural finishes, fade, and entry/exit points within the stations.

The under-construction phase -1 of Indore metro rail project when complete will cover a length of 31.53-km and comprise of 30 stations. It will be build as a combination of elevated and underground routes.

The total cost of the project is estimated to be Rs 9000 crores. The NDB will finance USD 225 million, accounting for 18.8% of the total estimated cost. The Project is proposed to be co-financed with the Asian Development Bank under parallel co-financing arrangement.