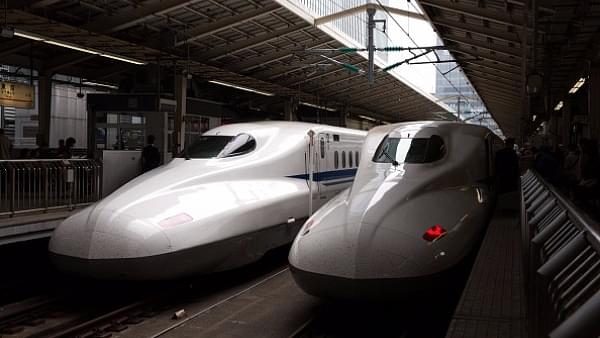 Infrastructure behemoth Larsen & Toubro (L&T) has emerged as the lowest bidder at Rs 24,985 crore for constructing the 237.1 km under Package C4 of the 508.17 km Mumbai-Ahmedabad High-Speed Rail. This was one of the largest infrastructure tenders the country has seen.

Package C4 represents 46.66 per cent of the main-line making it the longest amongst all, and runs elevated from Zaroli Village on the Maharashtra – Gujarat border to Vadodara Station through 4 stations at Vapi, Bilimora, Surat and Bharuch in Gujarat.

This entire section is in Gujarat, where more than 83 per cent of the land has been acquired for the project.

Three bidders involving seven major infrastructural companies, including the Tatas, had participated in the competitive bidding, the NHSRCL said.

NHSRCL had estimated the cost of this package at approximately Rs 20,000 crore.

NHSRCL invited tenders (bids) for its construction, financed by Japan International Cooperation Agency (JICA), on 15 March 2019. Technical bids were opened less than a month back on 23 September to reveal 3 bidders.

This tender covers 46.66 per cent of total alignment of the 508 km long corridor, between Vapi and Vadodara in Gujarat, which includes four stations namely Surat, Vapi, Billimora and Bharuch, 24 river as well as 30 road crossings.

In Sep, NHSRCL opened technical bids for 28 steel bridges and 88 km of viaducts between Vadodara and Ahmedabad in which eight companies participated including a consortium of Indian and Japanese companies.

NHSRCL spokesperson Sushma Gaur said that with the tenders floated for works, the demand for 70,000 MT of steel will boost the steel industry in the country.

She said, “NHSRCL opened technical bids for two packages today for Mumbai Ahmedabad High Speed Rail Corridor for procurement and fabrication of 28 steel bridges for crossing over railway lines, rivers, highways, road crossings and other structures and for the design and construction of 88 km of viaduct between Vadodara and Ahmedabad in Gujarat including construction of elevated HSR station at Anand/Nadiad, five bridges and 25 crossings.”

The ambitious bullet train project, which is being developed on Japanese E5 Shinkansen technology, is being implemented by the National High Speed Rail Corporation Limited (NHSRCL). The foundation stone for this project was laid by PM Modi along with former Japanese PM Shinzo Abe in September 2017.

For the development of this high speed rail corridor project, around Rs 1.08 lakh crore is being invested. This high speed corridor is expected to cover the distance between Mumbai and Ahmedabad in just two hours.