‘Mum’s The Word’: Information Blackout On The Status Of Tablighi Jamaat Congregationalists Who Returned To Bengal 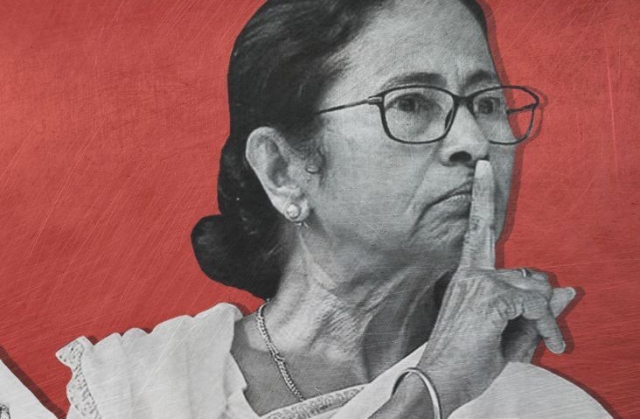 Bengal seems to have thrown a protective shield over the hundreds of Tablighi Jamaat activists who have returned to the state after attending the religious congregation at Banglewali Masjid in Delhi’s Nizamuddin last month.

At a time when hundreds of these congregationalists who have returned to other states, including neighbouring Assam, Odisha, Jharkhand and Bihar, are testing positive, total opacity prevails in Bengal over their Covid-19 status and general whereabouts.

After giving out the figures of these Nizamuddin returnees and stating that many of them have been quarantined at an exclusive facility for them at New Town in Kolkata’s suburbs early last week, the state government imposed an information blackout on them.

Chief Minister Mamata Banerjee did not mention a word about the Nizamuddin returnees and the results of the tests that have been ostensibly conducted on their swab samples when she spoke to the media on Monday evening.

It was briefly let out last week that three of them had been shifted to the Infectious Diseases Hospital (IDH) at Kolkata’s Beliaghata after “displaying symptoms of coronavirus infection”. But nothing is known about them now.

It is also not known how many of these Nizamuddin-returnees have been traced and tracked down, how many have been shifted to quarantine facilities and how many of those who would have come in touch with them have been identified and isolated in the contact-tracing exercise that ought to have followed.

Medical experts say is it completely inconceivable that none of the Tablighi Jamaat activists who returned from Nizamuddin have tested Covid-19 positive in Bengal. “The incidence of infection among them has been found to be very high in all other states. Bengal simply cannot be an exception,” said a virologist with a state-run healthcare facility who did not want to be named for fear of retribution.

In most of the states like Tamil Nadu, Maharashtra, Delhi, Telangana, Kerala, Uttar Pradesh, Andhra Pradesh, Rajastha, Kerala and even Assam, an overwhelming majority of the Covid-10 positive cases since last week are these Nizamuddin returnees.

“None of the returnees in Bengal testing positive is nothing short of a medical miracle,” said the virologist.

Also, Bengal has not made public the number of foreigners among the returnees who had holed up in different mosques and Muslim establishments in the state. All these foreigners had violated their visa conditions — they came to India on tourist visas —and the Union government had asked all states last week to initiate legal action against them. It is not known what action Bengal has initiated against them.

It is also improbable, say many, that all the Nizamuddin returnees in Bengal have reported themselves to the state authorities voluntarily. Other states are finding it difficult to trace them since many of them have gone into hiding.

Many states like Uttar Pradesh,. Maharashtra, Haryana, Himachal Pradesh, Gujarat and Assam have threatened to take strong action against Jamaat attendees who are still in hiding in their respective states.

Many of these attendees have not been traced in the states they have returned to and it is feared they will spread the virus. The widespread impression is that Bengal is treating them with kid gloves.

The officer, who retired as an IGP, did not want to be named for fear of being harassed.

The BJP says that the opacity over the Jamaat attendees in Bengal stems from Trinamool chief Mamata Banerjee’s misplaced Muslim-appeasement policy.