NCMEI Has Given Minority Certificates To 13,602 Education Institutions; 55 Per Cent Of Them Run By Christians 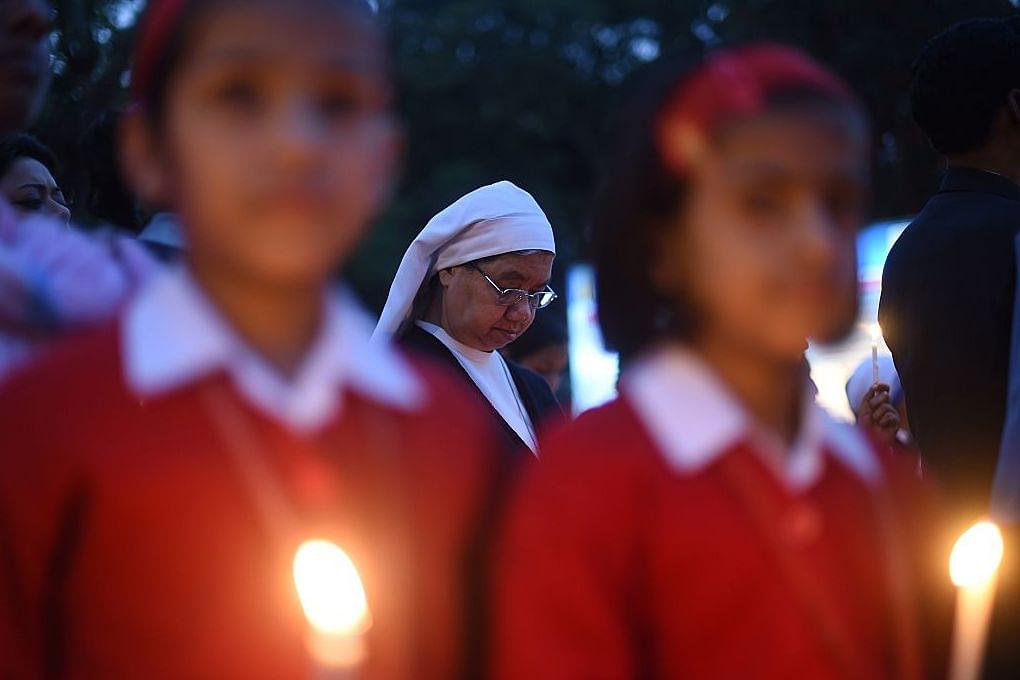 Students at a minority-run institution in New Delhi. (SAJJAD HUSSAIN/AFP/GettyImages)

The Union Minister for Minority Affairs Mukhtar Abbas Naqvi provided this information while responding to a question by Member of Parliament in Rajya Sabha Rakesh Sinha.

On the question of government aid to minority institutions, the minister said that the ministry doesn’t keep community-wise data.

In August this year, the National Commission For Protection of Child Rights had published a report after conducting a nationwide survey of 23,487 minority schools revealing how different treatment of minority and non-minority institutions (granted by the Constitution and laws) has been a net negative not only for the country in general but even for the students of minority communities in particular.

“It (the exemptions granted to minority institutions) had considerable consequences for students from minority communities since in the absence of guidelines, minority schools functioned arbitrarily, setting their own norms in terms of admission of students, recruitment of teachers, implementation of curriculum, pedagogy, etc.

Certain detrimental effects were observed: while, on the one hand, there were schools that admitted only a certain class of students, becoming cocoons populated by elites, some institutions became ghettoes of underprivileged students languishing in backwardness,” the report had stated.

First, more than 85 per cent of the total minority schools secured their certificate in the years 2005-2009 and later. NCMEI which awards the certificate at national scale came into being in late 2004.

Second, Christian community, which makes up 11.54 per cent of the total minority religious population, contributes to 71.96 per cent share of the total religious minority schools of the country.

Third, 62.50 per cent of students in minority schools belong to non-minority communities.

Fourth, only 8.76 per cent of the total student population in minority schools belongs to the disadvantaged sections of the society.

The NCPCR report had recommended to extend the provisions of the Right to Education Act to minority educational institutions and had demanded creation of appropriate administrative system for the purpose of meaningful realisation and effective implementation of linguistic minority rights.

Recently, a public interest litigation has been filed in the Supreme Court to make provisions of RTE applicable to minority institutions.