New Study Challenges Cosmology Fundamentals: Universe May Not Be Expanding Uniformly In Every Direction 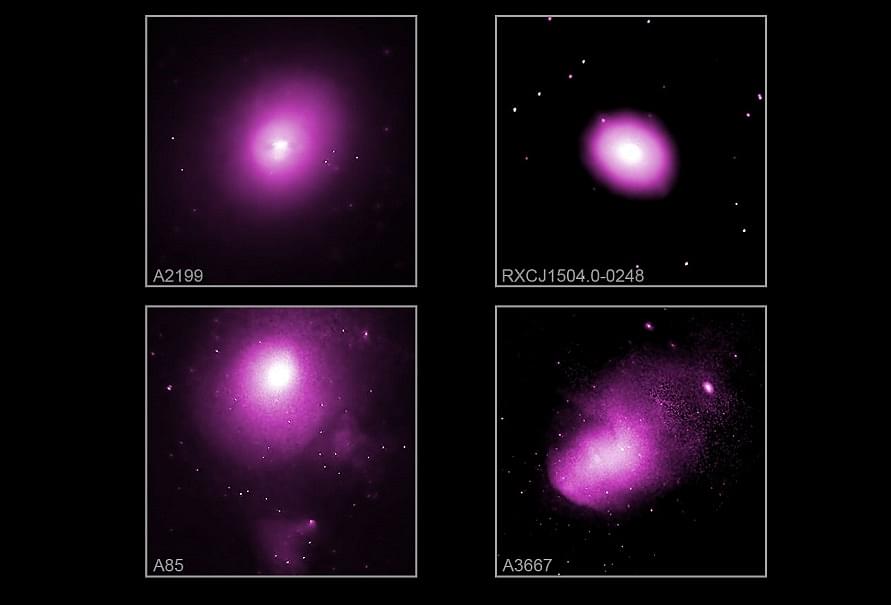 A new study using data from NASAs Chandra X-ray Observatory and European Space Agency's XMM-Newton challenges one of the fundamental ideas of cosmology that everything looks the same in all directions if you look over large enough distances.

Astronomers using X-ray data from these orbiting observatories studied hundreds of galaxy clusters, the largest structures in the universe held together by gravity, and how their apparent properties differ across the sky.

"One of the pillars of cosmology -- the study of the history and fate of the entire universe -- is that the universe is 'isotropic,' meaning the same in all directions," said Konstantinos Migkas of the University of Bonn in Germany, who led the new study.

"Our work shows there may be cracks in that pillar."

Astronomers generally agree that after the Big Bang, the cosmos has continuously expanded.

Scientists have previously conducted many tests of whether the universe is the same in all directions.

These included using optical observations of exploded stars and infrared studies of galaxies. Some of these previous efforts have produced possible evidence that the universe is not isotropic, and some have not.

This latest test uses a powerful, novel and independent technique. It capitalises on the relationship between the temperature of the hot gas pervading a galaxy cluster and the amount of X-rays it produces, known as the cluster's X-ray luminosity.

This method is independent of cosmological quantities, including the expansion speed of the universe.

Once they estimated the X-ray luminosities of their clusters using this technique, scientists then calculated luminosities using a different method that does depend on cosmological quantities, including the universe's expansion speed.

The results gave the researchers apparent expansion speeds across the whole sky -- revealing that the universe appears to be moving away from us faster in some directions than others.

A second possible explanation for this could be that the universe is not actually the same in all directions.

One intriguing reason could be that dark energy -- the mysterious force that seems to be driving acceleration of the expansion of the universe -- is itself not uniform.

In other words, the X-rays may reveal that dark energy is stronger in some parts of the universe than others, causing different expansion rates.

They also combined their sample of galaxy clusters with two other large X-ray samples, using data from XMM-Newton and the Japan-US Advanced Satellite for Cosmology and Astrophysics (ASCA), giving a total of 842 different galaxy clusters.

They found a similar result using the same technique.