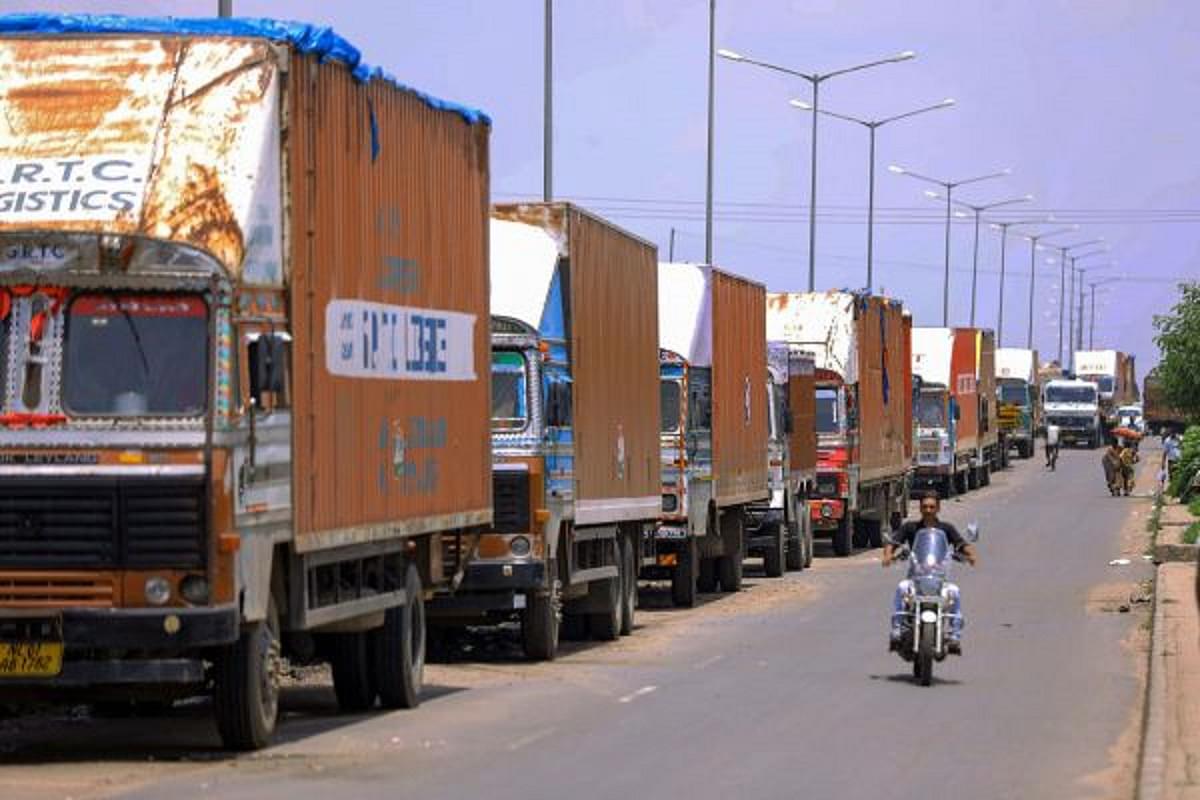 Highlighting the exploitation of truck drivers by the various government agencies in the country, the National Human Rights Commission has issued an advisory to the centre as well as the states and Union Territories for the protection of the rights of commercial truck drivers.

It has also advised for designating areas for inspection of trucks and other commercial vehicles and to install CCTV cameras at toll booths, inter-state checkpoints and other such inspection areas.

In the first-of-its-kind advisory, the NHRC has written to the secretaries of Union Home Ministry, Road Transport Ministry, Health Ministry and Finance Secretary. It has also written to all chief secretaries to take necessary actions and submit action taken reports within three months.

The advisory said, "Road transport carries about two-thirds of the country's freight traffic. The road transport sector plays a significant role in our economy. Due to the fragmented informal and unorganised nature of the truck business, truck drivers experience a variety of problems and difficulties and are subjected to exploitation by various agencies and anti-social elements."

The NHRC has stated that truck drivers are more vulnerable to physical and mental stress, drug addiction, and irresponsible sexual behaviour due to long working hours, inadequate rest and sleep, prolonged absence from family, low pay, lack of access to clean and healthy food, constant threat of exploitation by law enforcement and anti-social elements, and high risk of road accidents.

The NHRC advisory focuses on four main topics - Protection of drivers from exploitation, Provision of amenities to the drivers, Socio-Economic Security and Physical and Mental well-being of the drivers.

The NHRC headed by Justice Arun Mishra has observed that despite making a significant contribution to the economy of the nation, the rightful entitlements of the truck drivers do not get adequate attention, as the truck business remains fragmented and unorganised.

The Commission, in a letter through its Secretary-General, Devendra Kumar Singh to all concerned and has asked for the implementation of its recommendations in the Advisory and sought Action Taken Report within three months.

It has recommended for amending the Motor Vehicle Act, 1988 to provide for mandatory purchase of personal accident cover for an amount not less than Rs 15 lakh for each driver, co-driver and helper of a commercial truck.

Installation of speed cameras at regular intervals along highways for detection besides, mandatory installation of vehicle location tracking devices in each truck to track and detect overspeeding is another recommendation of the NHRC.

Besides, providing cashless treatment to drivers, co-drivers and helpers injured or incapacitated in road accidents; establish and regularly maintain driver rest stops and lay byes consisting of parking areas are other recommendations.

Among others, it has recommended for furnished restrooms, toilets/washrooms, restaurants providing food and beverages at reasonable rates in a clean hygienic environment, mechanic shops, medicine shops, doctor’s clinics at regular intervals, not exceeding 40 km, along National Highways and at prominent locations along the State Highways and other major district roads.

It has also sought establishment of fully equipped Trauma Centres at regular intervals along highways to extend emergency to victims of road accidents.