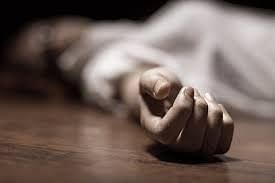 The alleged rape and murder of a 16-year-old Hindu girl belonging to the indigenous Rajbongshi community at Chopra town of Uttar Dinajpur district in North Bengal has sparked angry agitations in the state.

According to local people in Chopra, a small town that lies in the narrowest point (called the chicken’s neck) of Bengal and borders Bangladesh, the girl had gone missing from her home late Saturday evening.

She was found in a half-nude and unconscious state with bruise marks and cuts about 700 metres from her home off a highway on Sunday morning.

The case took a new turn on Monday noon when the body of a Muslim boy who was a classmate of the accused was found at a spot near the place where the girl’s body was recovered from. The boy’s body also bore injury marks.

The recovery of the boy’s body has inflamed passions in Chopra, a Hindu-majority town surrounded by overwhelmingly Muslim-majority villages. Uttar Dinajpur has, over the decades, turned into a Muslim-majority district, thanks to massive illegal influx of Muslims from neighbouring Bangladesh.

Earlier on Sunday, locals took the girl to a government hospital where she was declared ‘brought dead’. The girl’s brother, a booth president of Bharatiya Janata Party (BJP), alleged that Trinamool goons led by one Feroze Ali abducted and raped his sister to terrorise BJP workers and supporters.

He said that an Aadhaar card, a bicycle and a mobile phone were found near the body. Spontaneous agitations that broke out all over North Bengal as news of the alleged rape-murder spread turned violent at some places.

Darjeeling Lok Sabha MP Raju Bista (Chopra falls within that parliamentary constituency), while endorsing the rape-murder allegation, demanded a fair probe and central intervention. The state BJP unit also repeated this allegation and has been organising a series of protests all over the state.

The state police and the Trinamool have, expectedly, contested the rape-murder allegation.

In a series of tweets on Sunday evening, the West Bengal Police said that an inquest by a magistrate and a post-mortem examination was conducted.

“As per the PM (post-mortem) report, cause of death is ‘effect of poison’ (sic). No injury marks anywhere in the body has been found. There is no sign of sexual or physical assault,” the police tweeted.

State Tourism Minister Goutam Deb said that the girl was having an affair with the accused Feroze Ali and the two were classmates.

Local Trinamool MLA Hamidur Rehman picked holes in the rape allegation of the victim’s family: “How is it possible that the boy, after raping the girl, left incriminating evidence like his mobile phone and bicycle behind? It is not a rape at all”.

The victim’s family, the BJP and locals have alleged that the post-mortem examination was a cover-up.

“The girl’s body had clearly visible cut and injury marks. Her hair was dishevelled and her clothes were torn. Local people took photographs of her in an unconscious state and I have seen those photographs. Police are covering up the rape,” said district BJP president Biswajit Lahiri.

The victim had passed her Class X state board examinations this year and was preparing to take admission in Class XI. Family members said they were unaware of her reported affair with Feroze Ali.

“But Ali belongs to a family of Trinamool supporters and functionaries and this family has been threatening many BJP supporters,” said the victim’s aunt.

The death of the teenager comes barely a week after BJP legislator of Hemtabad Assembly constituency in Uttar Dinajpur district was found hanging near his house. The BJP alleged he had been murdered, but the police and the Trinamool said he had committed suicide.

Two days after the police and Trinamool rubbished the murder charge, the state CID which had been entrusted with investigating his death registered a murder case and even arrested a person. That severely dented the credibility of the police.

“The police faithfully follow the instructions of the Trinamool and will try to cover up all murders and heinous crimes committed by Trinamool functionaries and goons. It is no surprise the police are trying to pass off this rape and murder as a suicide,” said BJP national secretary Rahul Sinha.