Over 300 Shramik Special Trains To Transport Stranded Workers, Pilgrims And Students To Their Destinations; Most Likely To Continue Till 17 May 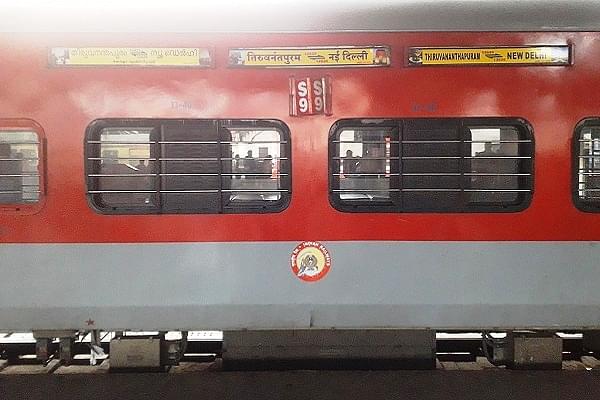 Catering to an increased demand, the Indian Railways is gearing up to press more than 300 Shramik Specials into service for stranded passengers by 17 May, the last day of the extended lockdown.

The public transporter had suspended passenger service till 17 May due to the extended lockdown. Only freight trains besides the Shramik Specials launched on May Day are allowed to run.

The Shramik Specials were especially for migrant workers, students, pilgrims and others stranded at various cities across the country.

“The Shramik Special is a need-based service launched to facilitate stranded people to reach their homes safely and we are ready to run as many Shramik Specials in any given day," said a senior Railway Ministry official.

However, the official added, it all depends upon the sending and receiving States besides the States along the route.

It is expected that the demand for running more Shramik Specials will increase with each passing day as thousands and thousands are still stranded at many places.

While all States are keen to get back their citizens stranded at distant cities, there are issues of ensuring logistic support and COVID protocols to be followed.

“We expect things to be worked out smoothly for running more than 300 such trains by May 17, the last day of the third phase lockdown due to coronavirus scare”, added the official.

The government has to take a call before 17 May on whether to resume passenger service or not, depending upon the situation.

While the total cases have crossed 40,000 now, pandemic has claimed 1306 lives so far in the country.

Meanwhile, amid reports of crowding at railway stations, the Indian Railways has issued a clarification saying that special trains being run during the lockdown period are only for those being brought and facilitated by their respective State governments.

"It is clarified that few special trains which are being run for migrant workers, pilgrims, tourists, students and other persons stranded at different places, are being operated on request of state governments only. All other passenger train services remain suspended. Railways is only accepting passengers brought and facilitated by state governments," the Railways said in a statement.

Stating that no other group of travellers or individuals are allowed to come to the railway station, it said no tickets are being sold at any station. "Railways are not running any train other than being requisitioned by state governments. All other passenger and suburban trains remain suspended, therefore, no one should come to railway station," it said.

Railways has issued a set of guidelines for its zones for running the Shramik Special trains to ferry stranded people, saying the trains should have at least 90 per cent occupancy to operate.

Railways said the local state government authority shall handover tickets of such trains to passengers cleared by them and collect the ticket fare and hand over the total amount to Railways.

The Railways will provide meals during the journey with the assistance of the IRCTC and the commuters will not be allowed to alight en route.

On arrival at the destination, the receiving State government will make all arrangements for the screening of arriving passengers and for quarantining them if necessary and their further travel from the railway station to destinations within States.