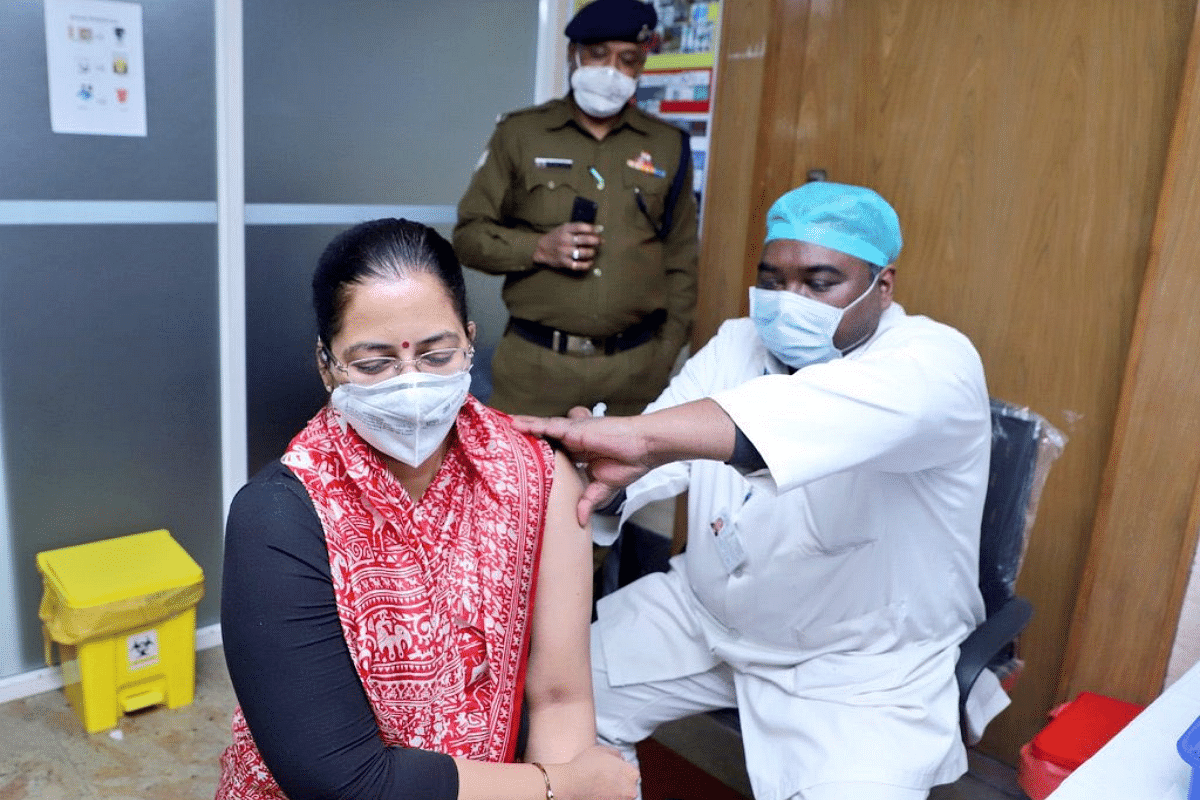 A total of 381,305 people across India have been vaccinated against the coronavirus disease Covid-19 so far, the Ministry of Health & Family Welfare said today (18 January).

Beneficiaries have received the vaccine over 7,704 sessions. The numbers reported by the government are as of 5 pm today, the third day of India's vaccination drive.

After the vaccination, 580 AEFIs or 'adverse events following immunisation' were reported, the Health Ministry revealed.

Seven persons were hospitalised across Delhi (3), Uttarakhand (1), Chhattisgarh (1), and Karnataka (2). Two of these cases have been discharged and the remaining are under medical observation.

On the first two days of the vaccination drive, 447 AEFIs were reported.

Adverse events can sometimes follow immunisation. The World Health Organization describes AEFI as an "untoward medical occurrence... which does not necessarily have a causal relationship with the usage of the vaccine".

The vaccination drive aside, India is making progress in controlling Covid-19. The country's total recovered cases now exceed the active ones by over one crore. The number of active cases in the country is 208,012 while recoveries amount to 10,211,342. India’s recovery rate has gone over 96 per cent.

In addition, the share of active cases within the total positive cases in India has gone below 2 per cent for the first time, the Ministry of Health & Family Welfare said on 17 January.