Oxygen Express Rolls Out From Gujarat Amid Adverse Weather Conditions 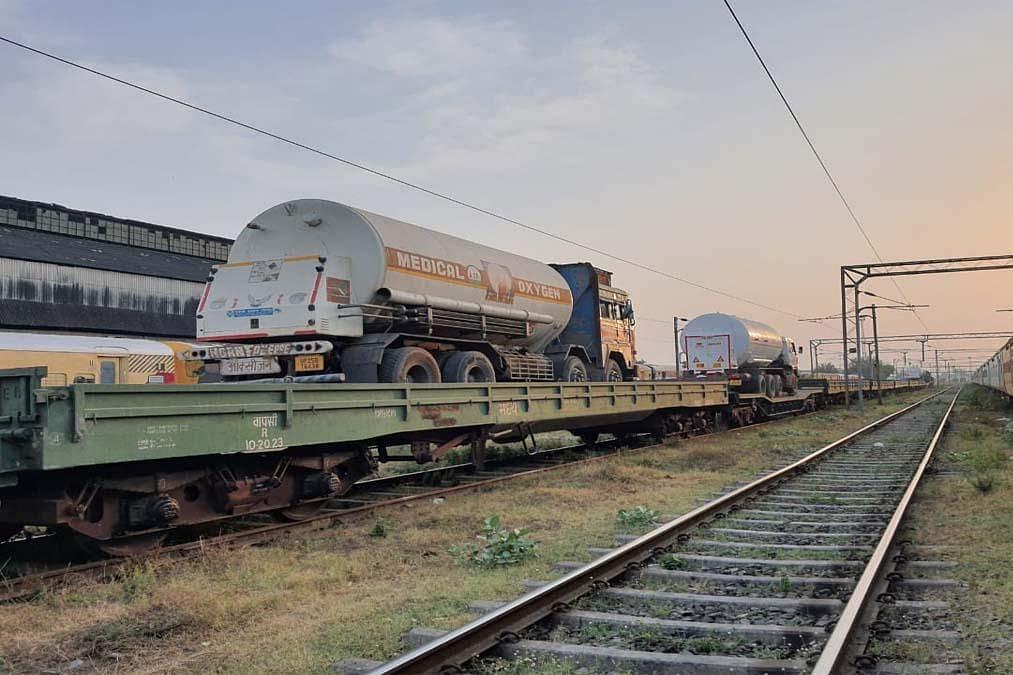 Defying Cyclone Taukate, first oxygen express started from Gujarat to Andhra Pradesh at 6.25pm on Tuesday even as the severe weather persists.

With a load of more than 65 metric tonne (MT) of emergency medical aid, the oxygen express with four tankers would travel a distance of 1,854 km from Reliance Rail Siding, Kanalus in Rajkot and reach Guntur.

Previously, oxygen expresses to Andhra were operating from eastern India.

So far, Indian Railways has delivered more than 11,030 MT of liquid medical oxygen (LMO) in more than 675 tankers to 13 states across the country.

Criss-crossing the country, the railways is picking up oxygen from places like Hapa and Mundra in the West and Rourkela, Durgapur, Tatanagar, Angul in the East and then delivering it to states of Uttarakhand, Karnataka, Maharashtra, Madhya Pradesh, Andhra Pradesh, Tamil Nadu, Haryana, Telangana, Punjab, Kerala, Delhi and Uttar Pradesh in complex operational route planning scenarios.

In order to ensure that oxygen relief reaches in the fastest time possible, the railways is creating new standards and unprecedented benchmarks in running of oxygen express freight trains.

The average speed of these critical freight trains is way above 55 KMPH in most cases over long distances. Running on high priority green corridor, with the highest sense of urgency, operational teams of various zones are working round-the-clock in the most challenging circumstances to ensure that oxygen reaches in the fastest possible time frame.

The railways has mapped different routes with oxygen supply locations and keeps itself ready with any emerging need of the states. States provide tankers to the railways for bringing LMO.