Pakistan In A Tomato ‘Soup’: With Vegetable Prices Hitting Rs 400 A Kg, Are Poor Trade Ties With India To Blame? 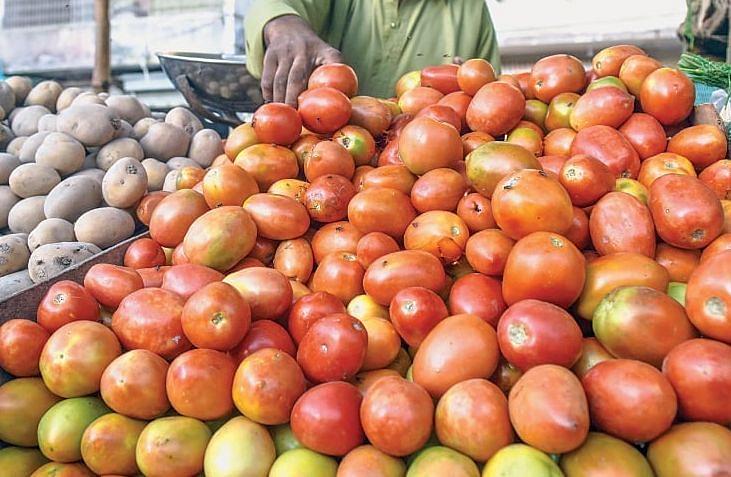 A video of a bride wearing tomato as jewels such as necklace, earrings and bangles went viral on social media. The bride justified wearing tomatoes as jewels saying they were “costlier than gold”.

Not just tomato, even onion prices have skyrocketed to similar levels. Authorities in Pakistan are unable to decide if the prices have surged due to demand or inflation, reflecting higher production costs.

According to Pakistani daily The News, vegetable prices have increased between 48 per cent and 450 per cent in the last one year.

A major reason for tomato prices to skyrocket in Pakistan is the damage caused by rains last month in the Sindh province. Like India, parts of Pakistan were affected by rains, especially under the influence of cyclone Maha.

Tomato supplies from Sindh begin around October and the rains have damaged the crop, besides delaying harvest. As a result, supplies to various markets in Pakistan have been reduced by about 50 per cent.

For example, the Lahore market receives nearly 50 truckloads of tomatoes during the October-December peak arrival season. But they have been reduced to less than 25 truckloads, with the neighbouring country having to depend on the Swat valley in Kyber Pakhtunkhwa.

Pakistan is importing tomatoes from Afghanistan but the imports are unable to meet demand. The neighbouring country has now decided to import the vegetable from Iran.

There are two views on whether Pakistan’s decision to suspend trading with India, following the Pulwama attack on 14 February this year, is the reason for the price surge.

One view is that suspension of trade with India is not the reason for tomato prices to spike. Pakistan Agriculture Department and the country’s Ministry of National Food and Security argue that since 2017, Pakistan has not been importing tomatoes from India.

According to officials in Islamabad, Pakistan had imported nearly 2.5 lakh tonnes of tomatoes during 2015-16 spending PKR 796 crore (Indian rupees 365 crore). The Pakistan government felt that Indian farmers gained mainly from these imports then.

Indian tomatoes were barred on the grounds that their imports led to the spread of diseases such as tomato leaf curl New Delhi virus, tomato yellow leaf curl virus, Permy virus, and some newly identified diseases.

Then, the ban had resulted in a similar hike in tomato prices and the Pakistan government asked its citizens to bear with it, to save foreign exchange and its agriculture. The ban on grounds of diseases was just for optics, with the real reason being the Uri surgical strike.

Pakistan produces around 5.3 lakh tonnes of tomatoes with the Sindh province accounting for 35 per cent of it. Production is unable to meet demand that is nearly 800,000 tonnes.

On the other hand, there are others who say that before trade between India and Pakistan was suspended in February, tomatoes were finding their way into the neighbouring countries until supplies from Sindh picked up.

On 19 February this year, Lahore News television channel reported that Indian authorities had seized tomato consignments to Pakistan, leading to a spike in prices.

A pertinent point here is that since trade relations between India and Pakistan were suspended, tomato prices in Pakistan have been ruling high.

Pakistan daily Dawn quoted some pushcart vendors in Lahore as saying that they had purchased Indian-origin tomatoes in plastic crates of 20-22 kg. Afghanistan tomatoes come in wooden boxes weighing 12-15 kg.

Afghanistan now has 86 per cent share in Pakistan’s import of tomatoes. However, trade sources say that Indian tomatoes find their way into Pakistan market through Afghanistan.

According to data, Afghanistan exported tomatoes worth $94.6 million (Rs 677.7 crore) last year and was the 15th largest exporter of the vegetable. Since 2014, its tomato exports have increased a whopping 5,700 per cent.

According to trade experts, India might be partly responsible for the surge in tomato prices in Pakistan.

On the other hand, there is an Indian angle in the high prices for Pakistan onion too.

In fact, India has sometimes looked to Pakistan for its onion supplies when the vegetable prices zoomed, as in 2010. Since then, there has been an inflow of Pakistani onions into the country.

This year, Pakistan’s onion crop in the Sindh province has been affected by rains. But the problem is a different one.

Pakistan onions are now finding their way to Dubai and other countries, which buy the vegetable from India to meet their demand. Thus, domestic prices in the neighbouring country have spurted.