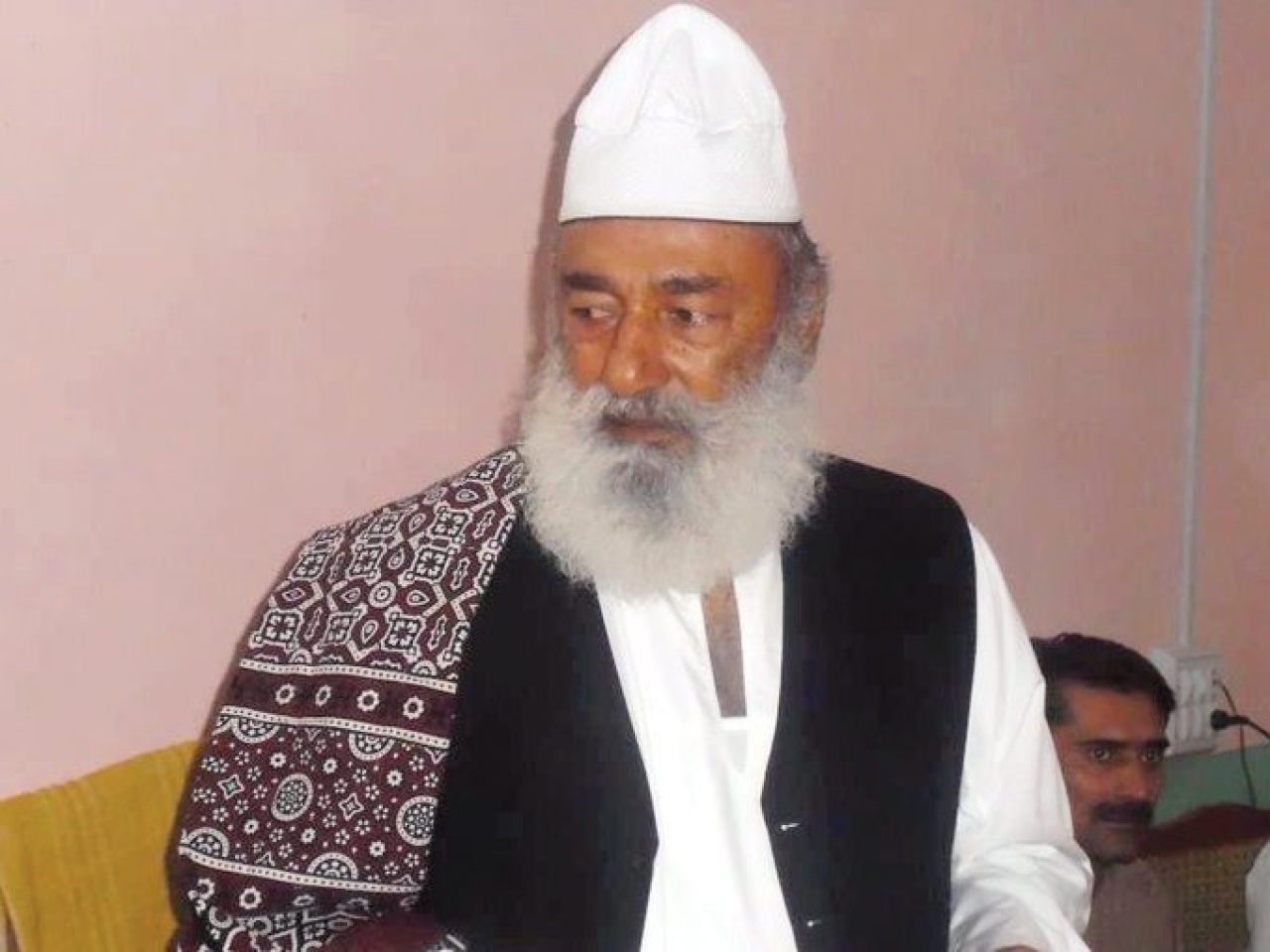 Mian Abdul Haq, commonly known as Mian Mithu, is the Pir of Dargah Bharchundi and an influential political and religious figure in Ghotki (Source: Twitter)

Notorious Islamic cleric Mian Mithoo of Pakistan’s Sindh was again in the news after a video of him went viral in the aftermath of the Ghotki riots. In the video, Mithoo is seen leading a rioting mob in Ghotki.

Mian Abdul Haq, commonly known as Mian Mithoo is the Pir of Dargah Bharchundi and an influential political and religious figure in Ghotki. Mithoo fought elections on the PPP ticket and has been a member of parliament from 2008-2013. He was later courted by the ruling party PTI as well, and is supposedly close with both the prime minister Imran Khan, as well as military chief Qamar Javed Bajwa.

Mithoo, whose name routinely comes up in the cases of abduction and forced conversion of underage Hindu girls, shot to limelight in 2012 when he abetted abduction of a teenage Rinkie Kumari, her conversion to Islam and marriage to an older Muslim male.

Rinkie’s father, a local school teacher Nand Lal fought all the way to the Supreme Court, but couldn’t rescue the minor. When the girl in the custody of Mithoo declared herself a Muslim in the court, in a show of power, Mithoo triumphantly led the new convert from the courthouse, parading her before thousands of cheering supporters.

On one hand, his daughter wasn’t rescued by the court, and on the other, Lal was forced to flee. “The father found refuge and welcome in Gurdwara in Lahore, in Punjab province, with the rest of his family,” it was reported.

Mithu’s armed guards had escorted his daughter to court appearances and news conferences, Nand Lal told New York Times, adding, “Mian Mitho is a terrorist and a thug. He takes the girls, and keeps them in his home for sexual purposes.”

This year, Mian Mithoo’s name again came up in several cases of abduction and forced conversion of Hindu girls.

Even in the Ghotki case, a conspiracy has come to light involving Mian Mithoo. Reportedly, the recent incident of alleged blasphemy is linked to an earlier kidnapping and attempt to forcefully marry a Hindu girl.

In 2018, an 11-year-old Hindu girl Monika was abducted from Hala (near Hyderabad) but was recovered before she could be converted and married off. The court ordered her to placed back in the custody of her parents. Since Hala is dubbed as an unsafe area, the school principal accused of blasphemy Noutan Mal had given protection to the girl.

An anonymous activist was quoted as saying that there was again an attempt to abduct the girl a day before the riots erupted in Ghotki. He claimed that the blasphemy allegations against Noutan were made so that the abduction could be covered up and Hindu community of the area could not have a chance to protest against the kidnapping.

Despite serious allegations against him, Mian Mithoo remains untouched by the law. He lives a lavish lifestyle and is always accompanied by armed guards. Mithoo is also frequently seen in the company of Pakistan army, at times allegedly at the firing range practising shots, and even standing with the current military chief Qamar Javed Bajwa at award ceremonies.

In the aftermath of Ghotki riots, #ArrestMianMithoo was trending on Pakistani Twitter.

A Pakistani human rights activist Kapil Dev took to Twitter to demand arrest of Mian Mithoo: "Ghotki incident has laid the foundation of migration of Hindus from northern Sindh to Karachi and India. Mian Mithoo has become a state within state in Ghotki. Despite all proofs, no action is being taken against him,” he tweeted.