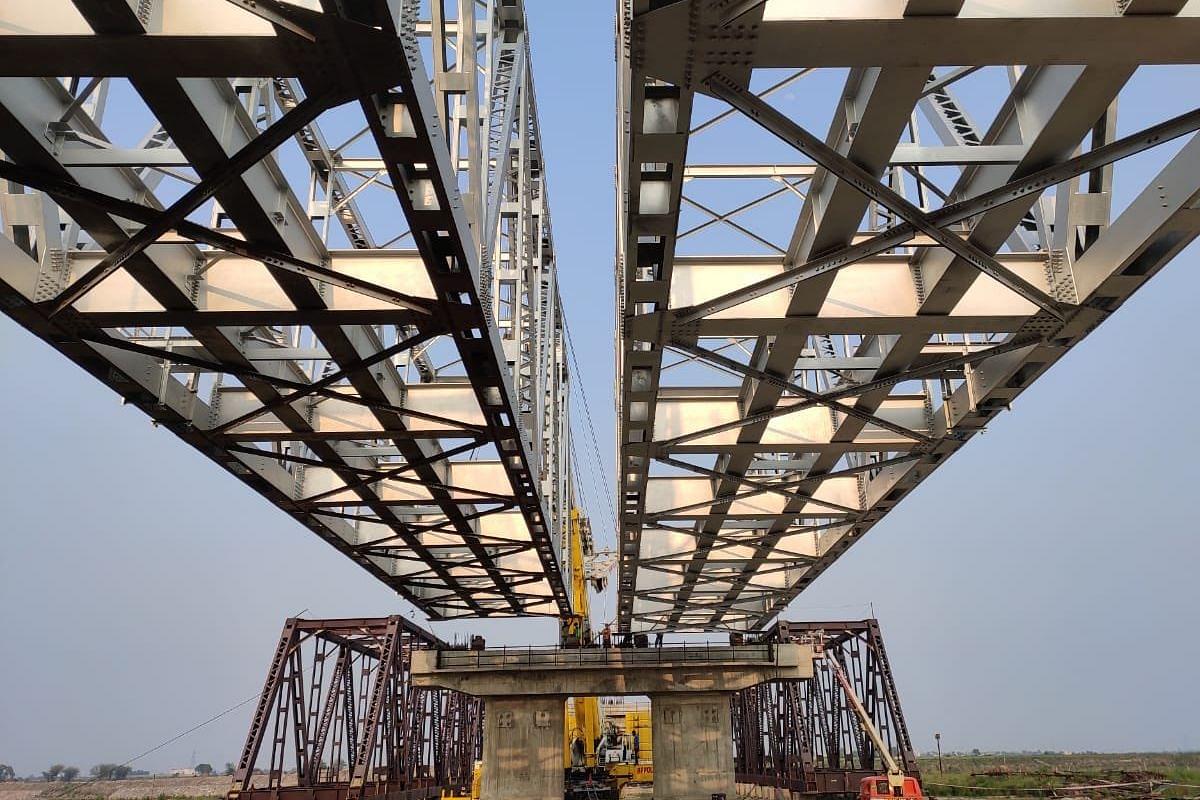 The project will be implemented by Haryana Rail Infrastructure Development Corp. Ltd, a joint venture between Ministry of Railways and the Government of Haryana. The corridor is expected to be complete in five years at an estimated cost of Rs 5,617 crore.

The project will provide rail connectivity to all routes originating from Delhi and passing through Haryana, while bypassing the national capital. It will make train travel faster from Gurugram and industrial regions in Haryana, including Manesar, Sohna, Farukhnagar, Kharkhauda and Sonipat.

“It will provide high-speed seamless connectivity of this region to Dedicated Freight Corridor network resulting in reduction of cost and time of transportation for EXIM (export-import) traffic from NCR to ports of India, making exports of goods more competitive."

The Western Dedicated Freight Corridor (WDFC) under construction is supposed to connect Rewari of Haryana to Jawaharlal Nehru Port Trust in Mumbai — passing through Rajasthan, Gujarat and Maharashtra — starting from Dadri in Uttar Pradesh.

Palwal, Noonh, Gurugram, Jhajjar, and Sonipat districts of Haryana will reportedly benefit by the corridor.

The Haryana government is also reportedly planning to develop two all-new industrial model townships (IMTs) in its Sonipat district in an area of 5,600 acres spread across Gohana and Gannaur areas.

The decision was taken because industrial hubs of Gurugram and Faridabad are already crowded, while Sonipat, a major city of the state has ample land.

Also, just like Gurugram and Faridabad, Sonipat boasts connectivity to Delhi-NCR region through the six-lane Kundli-Manesar-Palwal (KMP) expressway. It is also well connected to the states of Rajasthan and Uttar Pradesh.

The corridor will lead to the diversion of traffic out of Delhi and thus the congestion of railways in NCR will be reduced, the same way Kundli-Manesar-Palwal expressway is helping decongest Delhi with road traffic bypassing the national capital, Livemint quoted an expert as saying.

Last December, more than 300-km section of the WDFC between Rewari (Haryana) to Madar (Rajasthan) was opened for commercial trial runs.

The Haryana Orbital Rail Corridor will carry around 20,000 passengers daily and 50 million tonnes of goods every year. The project is also expected to open option for commuter trains in the unserved regions of Haryana.