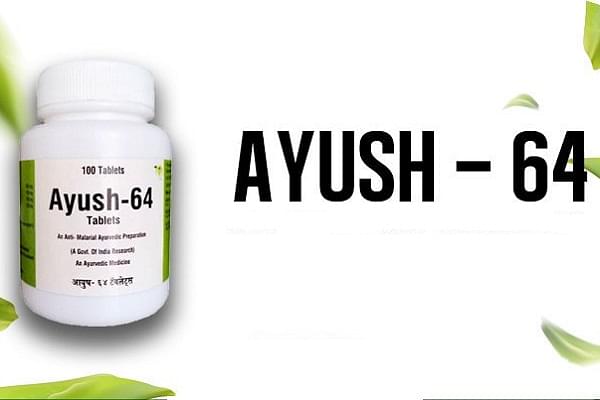 The scientists of reputed research institutions of the country have found that AYUSH 64, a poly herbal formulation developed by the Central Council for Research in Ayurvedic Sciences (CCRAS) under the Ministry of Ayush, is useful in the treatment of asymptomatic, mild and moderate COVID-19 infection as an adjunct to standard care, an official release said on Thursday (29 April).

The drug was developed in 1980 for treatment of Malaria and now has been repurposed for COVID-19.

The Ministry of Ayush-Council of Scientific and Industrial Research (CSIR) collaboration has recently completed a robust multi-centre clinical trial to evaluate the safety and efficacy of AYUSH 64 in the management of mild to moderate COVID-19 patients, according to the release.

Chopra stated that AYUSH 64 as an adjunct to standard of care (SoC) showed significant improvement and thus lesser period of hospitalisation as compared to SoC alone. He also shared that several significant beneficial effects of AYUSH 64 on general health, fatigue, anxiety, stress, appetite, general happiness and sleep were also observed.

Chopra concluded that this controlled drug trial study has provided substantial evidence that AYUSH 64 can be effectively and safely used to treat mild to moderate cases of COVID-19 as adjuvant to SoC, the release said.

He also added that, patients on AYUSH 64 will still require monitoring so as to identify any worsening of disease requiring more intensive therapy with oxygen and other treatment measures provided during hospitalisation.

Dr N Srikanth, Director General, CCRAS elaborated that additional studies on Ayush 64 are underway at reputed research institutes. Results received so far have shown the usefulness of AYUSH 64 in dealing with mild and moderate COVID-19, he said.

Srikanth added that the outcome of the seven clinical studies has revealed that AYUSH 64 exhibits early clinical recovery in COVID-19 cases without further progression. In all clinical studies, AYUSH 64 was found to be well tolerated and found clinically safe, the release said.