Productivity Amidst Protest: Here Are The Key Bills Passed In Parliament Despite Opposition’s Disruptions 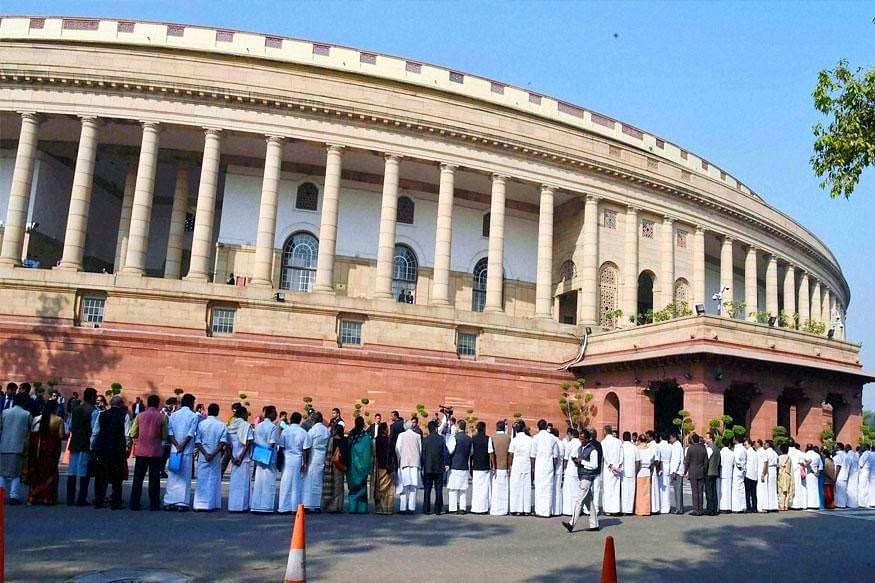 The monsoon session of Parliament was held in the backdrop of previous sessions being cut short due to Covid-19 pandemic and assembly elections. With the majority of the members of Parliament vaccinated, the monsoon session of 2021 was expected to witness a host of discussions and debates along with passing of various long-pending and important legislations. It was also the first session after the cabinet reshuffle.

The primary reason for the dismal performance of the current session was the relentless protests by the opposition on the Pegasus controversy (currently sub-judice) and the farm bills (implementation of which is currently stayed).

Various attempts at reconciliation between the ruling and opposition parties failed, leading to a washout of session. Frequent adjournments during a day became the norm due to which discussions could not be held and questions of the MPs could not be answered. But despite attempts to stall Parliament, various important reform-linked legislations were passed.

A total of 15 laws were introduced in the session gone by and 20 were passed by Parliament. The important legislations passed in this session include:

1. Taxation Laws (Amendment) Bill – this law nullified the retrospective taxation imposed on indirect transfer of Indian assets made before 28 May 2012. This provision was inserted in 2012, and had led to several arbitration cases against India.

2. General Insurance Business (Nationalisation) Amendment Bill – this bill removes the requirement of compulsory minimum shareholding of 51 per cent by the government of India on the four general insurance companies.

4. Deposit Insurance and Credit Guarantee Corporation (Amendment) Bill – under the new amendment, the DICGC will be liable to pay interim insured amount within 90 days of suspension of services of a bank.

1. Marine Aids to Navigation Bill – it replaces the 1927 Lighthouse Act. It mainly creates a new legislative framework for aids to navigation and includes management of vessel traffic services for improving safety and efficiency of shipping.

2. Inland Vessels Bill – it replaces the 1917 Act. The bill brings a uniform regulatory regime for inland waterways and removes inter-state irregularities. This law can enable the development of freight transport through the waterways of India.

3. Airports Economic Regulatory Authority of India (Amendment) Bill – this bill allows clubbing of smaller airports together and notifying the group as a major airport. This move will help smaller airports expand and improve connectivity.

Law for Security of State

Laws For Social Development And Environment

1. Juvenile Justice (Care and Protection of Children) Amendment Bill – this bill increases the responsibilities of the DM with regards to various aspects of childcare and adoption and seeks to reduce the backlog of cases in courts for adoption.

2. Commission for Air Quality Management in National Capital Region and Adjoining Areas Bill – it dissolves the Environment Pollution Prevention and Control Authority (EPCA) and replaces it with the Commission for Air Quality Management (CAQM) which has wider powers. The former authority was not a statutory committee as compared to the CAQM which is a permanent statutory authority.

3. The Constitution (Scheduled Tribes) Order (Amendment) Bill, 2021 – it recognises the STs of Arunachal Pradesh as requested by the state government.

4. The Constitution (One Hundred and Twenty-Seventh Amendment) Bill, 2021 – it reverses the Supreme Court judgement of May by restoring the power of states to notify their own list of Other Backward Classes (OBCs) for purpose of reservation in educational institutes or employment.

Bills which weren’t passed in the session include the Assisted Reproductive Technology Bill and Electricity (Amendment) Bill.