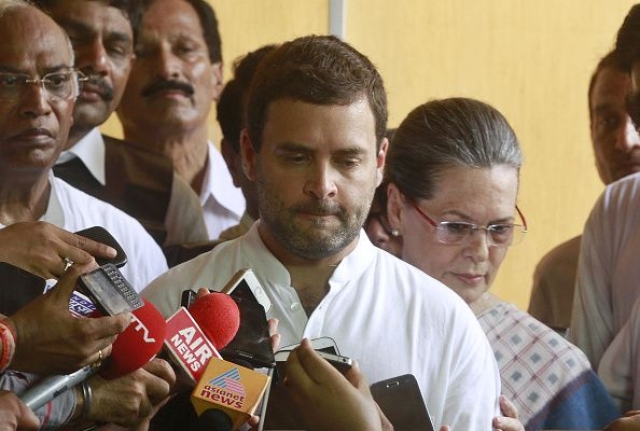 In a shocking development, it has been revealed that the former President of Indian National Congress Rahul Gandhi has not attended even a single meeting of the Department Related Parliamentary Standing Committee (DRPSC) on Defence since it was formed last year in September as the part of 17th Lok Sabha, reports The Print.

The DRPSC is constituted by the Parliament of India for the purpose of legislative oversight of the defence policies and decision making of the Ministry of Defence (MOD). The main functions of the committee, inter alia, are to consider demand for grants of MOD, examine bills related to the ministry etc.

Another report states that Gandhi had also skipped the study tour conducted by the DRPSC which was conducted between 4 to 9 November 2019 to better understand the working of our defence forces and the tasks for the committee. As a part of the study tour, the group had visited Nathu La Pass, 17 Mountain Division, 51, Sub Area, Army, Dawki (Indo-Bangla Border), Border Roads Organisation(BRO), Headquarters of the Eastern Air Command and many other places of strategic importance.

It must be noted that ever since the Ladakh stand-off between India and China, Gandhi has been quite critical of the Indian government and defence forces.

Just recently, Gandhi posted a video posted a video on Twitter claiming that it contains testimonials from people from Ladakh saying that China has occupied Indian territory.

However, a scrutiny of the people featured in the video shows that several people who said that China has occupied Indian land in Ladakh are in fact, Congress workers and leaders, and some of them don’t even belong to the Union Territory of Ladakh.

Shameless Rahul Gandhi made a video to target PM Modi.

Most of the people identified are Congress leaders and workers. pic.twitter.com/xvsrMRuNPr