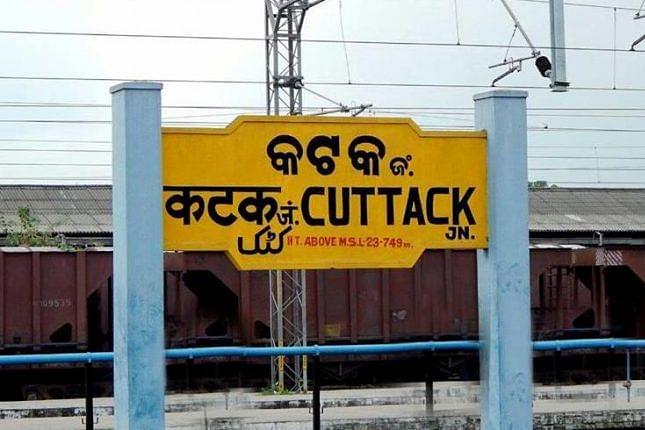 The station falls under the Khurda Road Division on the Howrah-Chennai trunk line of the East Coast Railway. The redeveloped station will be endowed with state-of-the-art amenities such as segregation of arrival and departure, retail and F&B facilities, amenities for the specially-abled, green building features, etc, and boost customer experience.

The objective of engaging the consultancy services is to gain clarity on the development potential of the station and the surrounding land parcels for phased commercial development.

"Cuttack is the second-largest city in Odisha. It is also among the largest textile hubs in East India and home to several medium and small-scale industries. The redevelopment of the station is among the several proposed infrastructural projects in the city that will offer enhanced customer experience and augment Cuttack's tourism potential," said RLDA Vice-Chairman Ved Parkash Dudeja.

The study area spans 20 hectares. The consultant will be mandated with preparing the technical feasibility report, concept plans and master plan for the redevelopment of the station along with a plan for monetisation of adjacent land parcels, including colony redevelopment.

The consultant will also be entrusted with the bid management process. The consultancy tender shall be awarded soon. The estimated completion period of the consultancy assignment is six and a half months.

Cuttack Junction was connected to the Indian railway network in 1899 and is among Indian Railways’ top 100 booking stations. It is well-connected via public transport to the Badambadi Bus Stand located about 3.1 km away. The nearest airport, Biju Patnaik International Airport, Bhubaneswar, is located at a distance of only 29.3 km.

A total of 12 stations in Odisha have been entrusted to RLDA by the Ministry of Railways for conducting techno-economic feasibility studies for redevelopment including Sambalpur, Rourkela, Balasore, Bhadrak, Brahmapur, Rayagada, etc.

RLDA is currently working on 60 stations in a phased manner while its subsidiary, IRSDC, has taken up another 63 stations. In the first phase, RLDA had prioritised prominent stations like New Delhi, Tirupati, Dehradun, Nellore, Lucknow and Puducherry for redevelopment and RFQs for shortlisting eligible developers for these stations are either finalised or in advanced stages of finalisation.

The railway stations across India will be redeveloped on a PPP model as a part of the Smart City Project launched by the government of India.

RLDA is a statutory authority under the Ministry of Railways for the development of the railway land. It has four key mandates as a part of its development plan, namely leasing of commercial sites, colony redevelopment, station redevelopment and multi-functional complexes.

Indian Railways has approximately 43,000 hectares of vacant land across India. RLDA has over 84 commercial (greenfield) sites across India for leasing and is currently handling 84 railway colony redevelopment projects.

RLDA has recently leased out a railway colony in Guwahati for redevelopment. The eligible developers for each of its projects are selected through an open and transparent bid process.