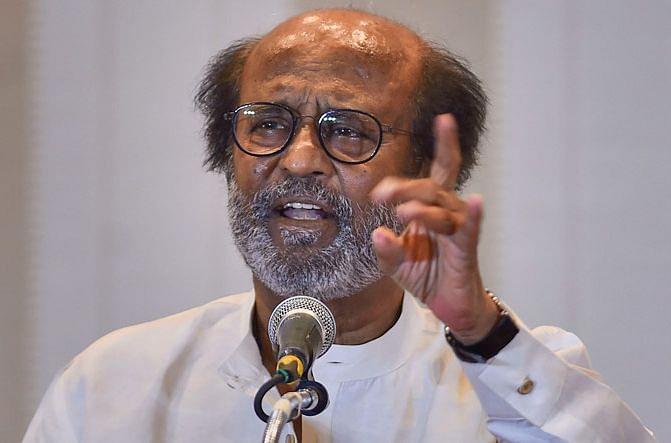 Tamil film superstar Rajinikanth, who plans to float a political party in Tamil Nadu soon, has said that the ruling All India Anna Dravida Munnetra Kazhagam (AIADMK) will not return to power in the State if it reopens liquor outlets.

In a tweet, the superstar said that the State government should consider other ways of filling its coffers. Elections to the State Assembly are due in May next year and Rajinikanth hopes his party would be one of the main contenders.

Rajinikanth’s tweet comes on heels of the Edappadi K Palaniswami (EPS) government petitioning the Supreme Court to reopen liquor outlets that were ordered closed by the Madras High Court.

The High Court ordered the outlets closed after it found that the physical distancing norms, to be followed during the nation-wide restrictions to curb the spread of novel Coronavirus (Covid-19), were being violated.

The High Court, hearing petitions including one by another film actor and founder of Makkal Needhi Maiam party Kamal Haasan, took strong objections to huge crowds throning the liquor outlets before ordering them shut. It, however, allowed online sales of liquor. Kamal Haasan has said his party would oppose the opening of liquor outlets and plead its case in the apex court.

In some places such as Cuddalore, a Coronavirus red zone after the recent spurt of positive cases, queues extending up to three km were seen in front of liquor outlets.

As the State Government did not allow liquor outlets to open in Chennai, which accounts for over 50 per cent of Covid-19 cases in Tamil Nadu, some of the tipplers gathered the courage to travel to the outskirts to get their share of liquor.

Huge queues were seen despite a 15 per cent hike in liquor prices.

Tamil Nadu government had earned Rs 170 crore as revenue from liquor on the only day sales took place before the High Court stepped in.

The state government earns about Rs 30,000 crore revenue from some 5,300 liquor outlets in the State. The revenue is essential to meet expenses towards social welfare schemes such as the free supply of 20 kg rice, laptops for college students, and 50 per cent subsidy to working women to buy two-wheelers.

The Tamil film superstar has also indicated that he will not lead the government if his party comes to power in the state.

Tamil Nadu has reported the third-highest Covid-19 so far in the country. At least 7,204 have tested positive in the state and 47 have died. Chennai, with 3,839 Coronavirus cases, makes up 53 per cent of the total cases in Tamil Nadu.