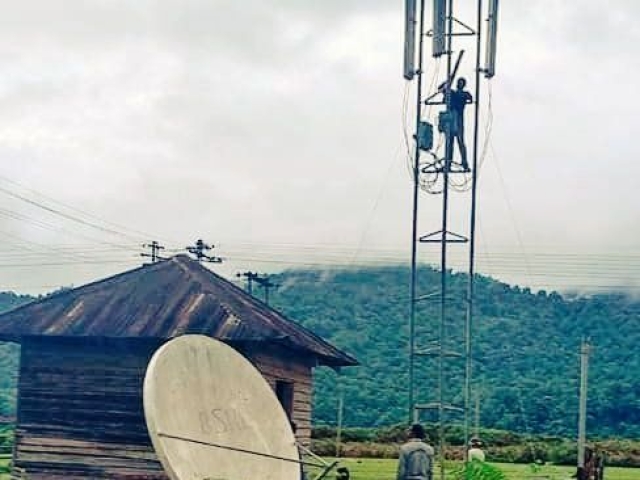 In a positive development, one of India's remotest areas Arunachal Pradesh's Vijaynagar in Changlang district has been connected with 2G mobile network services, ThePrint reported.

Government-owned Bharat Sanchar Nigam Limited (BSNL) recently launched its 2G services in the region through satellite network, which began functioning from 1 August and are powered by solar energy.

State Chief Minister (CM) Pema Khandu hailed the company's efforts in storing the connectivity in a remote region like Vijaynagar.

"Vijaynagar is a beautiful place in #Arunachal. I am delighted to know that this remote border town near Indo- Myanmar border is now connected with mobile connectivity. I thank @BSNLCorporate & local administration for their hard work in providing mobile services in remote areas," Khandu tweeted.

Vijaynagar is a beautiful place in #Arunachal. I am delighted to know that this remote border town near Indo-Myanmar border is now connected with mobile connectivity. I thank @BSNLCorporate & local administration for their hard work in providing mobile services in remote areas. https://t.co/TAz4JuMRAZ

Vijaynagar, a cluster of 16 villages near the Indo-Myanmar border, is completely surrounded by dense forests and is at least 157-kilometre away from the nearest motorable road, in a town named Miao. The region was originally known as Dawodi by the states's Lisu community.

The region is spread across 8,000 square kilometres with an approximate population of 4,400, which has so far been deprived of any kind of surface communication, as per a PTI report published by Outlook.

In order to reach Vijaynagar, one needs to undertake a seven-day-long trek. One can also reach there by helicopter service from Mohanbari in Assam’s Dibrugarh.

General Manager of BSNL Arung Siram, as cited by ThePrint, said they received help from both the state government and the Indian Air Force (IAF) to airlift equipments required for services in Vijaynagar. He also noted many challenges the BSNL officials had to face while working on connecting the region through network and the delays caused due to inaccessibility.

"Erecting the mobile tower in the area was not at all an easy task," BSNL sub-divisional engineer (SDE) Karma Tsering said.

The villagers even generally depend on IAF or Military to airlift major essential items during the monsoon,

Interestingly, the region was first discovered in 1961 by the Assam Rifles during an expedition named Srijit II. The mission was being led by then Inspector General of Assam Rifles Major General A S Guraya, who then named the valley after his son, Vijay.