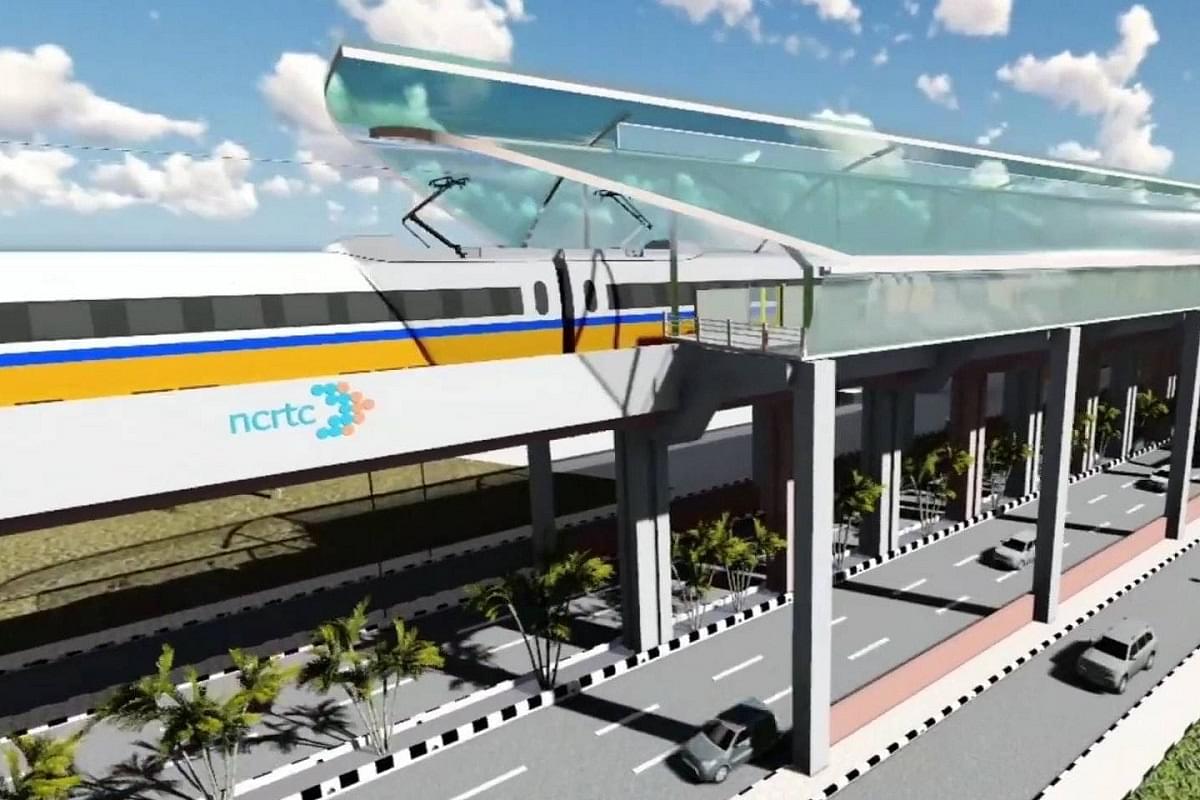 An artist's impression of a station in the RRTS corridor.

The National Capital Region Transport Corporation (NCRTC) is planning a big push for facilitating first and last-mile connectivity near the stations of the regional rapid transit system (RRTS) corridor that is being implemented between Delhi-Ghaziabad-Meerut.

It has invited several leading mobility players across the region to join NCRTC to provide several feeder modes at RRTS stations.

After deliberation, it has extended an invite to the mass providers of these various modes of transportation. It will also take the help of other agencies, where necessary to push this plan into action.

This initiative will not only be a boon for commuters as it will ensure a variety of fast, organised, green, affordable commute options and door-to-door connectivity but will also create varied opportunities for mobility providers at RRTS stations in Delhi, Sahibabad, Ghaziabad, Murad Nagar, Modinagar and Meerut.

People often hesitate to use public transport because of the unavailability of last-mile connectivity. Also, the congestion around the stations due to a lack of an organised transport system for autos and e-rickshaws not only creates chaos and traffic jams but also leads to an increase in commute time.

This move by NCRTC is aimed at encouraging people to switch to public transport and at providing a solution for the traffic problem. NCRTC's plan to facilitate first/last-mile connectivity for the commuters through various feeder modes at stations will revolutionise the regional transportation system in NCR.

NCRTC has made a provision for designated space for car parking and auto-rickshaws, and rental cars/taxis at RRTS station wherever possible. A pick up/drop out space is also planned at stations. With this initiative, last-mile connectivity is going to be physically integrated into the system.

NCRTC is already working on interoperability (between the different corridors of the RRTS) and multi-modal integration (with metro, railways, inter and intrastate bus services), with the door-to-door mobility, it will provide a holistic approach to transportation in the national capital region. It will also help in combating NCR’s ever-persistent and the gargantuan problem of environmental and vehicular pollution which affects health.

It is also exploring information and ticket Integration platforms and electric vehicle charging infrastructure with the service providers of the various modes of transport.

NCRTC is going to adopt a QR Code based ticketing (Digital QR and Paper QR) and EMV (Europay, Mastercard, Visa) Open Loop Contactless card based NCMC (National Common Mobility Card) standards. Thus, RRTS commuters will be able to use any NCMC card issued by any metro or transport authority or financial institution in the country and help in fulfilling the GOI’s vision of 'One Nation One Card'.

Delhi-Ghaziabad-Meerut is an 82 km long RRTS corridor having 25 stations at a gap of around 5-6 km, where trains will operate at a frequency of 5-10 minutes to cover the distance from Delhi to Meerut in less than an hour's time.

Since the 17 km long priority section between Sahibabad and Duhai that has five stations will become operational by 2023, the process of exploring various options of last-mile connectivity for the commuters has been set in motion.