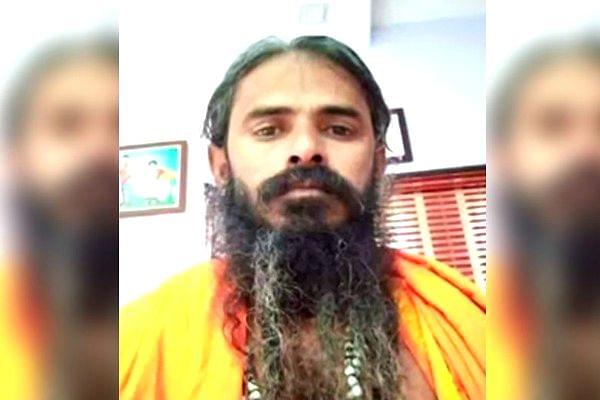 Saravanan, a 42-year-old sadhu, has allegedly committed suicide at a place near Tamil Nadu Chief Minister Edappadi K Palaniswami’s village after he was humiliated by a group of policemen led by a local sub-inspector.

The sadhu, in a video sent to his friends and posted on social media, has said that sub-inspector Anthony Michael was responsible for his “depression” since he had humiliated him.

Saravanan, who is survived by his wife, a daughter and son, said in the video that he was under severe depression since Michael had beaten him up severely, adding that no one else was responsible for his death.

The sadhu also said that he would come back as a ghost to take revenge for the humiliation meted out to him.

On social media, justice was sought for him, pointing out at how the media raised a hue and cry over the custodial death of J Beniks and his father Jayaraj at Sathankulam village in Tamil Nadu’s Thoothukudi district.

The issue is currently trending on Twitter as under the tag #JusticeForSaravanan, where netizens are criticising Tamil mainstream media’s “double standards” of ignoring this suicide following the beating of the sadhu by the police.

Reports on Saravanan’s suicide said that usually, he held poojas on Amavasyas (new moon day), particularly to help people who complain of being possessed by ghosts at his village Puliyampatti Kudalamkadu near Edappadi.

As a routine, he also treated people who came to him daily complaining about health problems. Saravanan, who sported a saffron dhoti, used to tie a talisman and sacred threads to rid people of any evil spirit or ill-health.

A pit was dug near his home for constructing a water tank and he would sit near it to attend to people coming to him.

On 14 August, he was attending to two women who had reported of being possessed by ghosts semi-naked when a group of policemen from Thevur police station landed at his place and beat him up.

Another version said the police beat him up when he was eating a packet of food given by a woman devotee.

Saravanan went missing the next morning. When a search was launched, his friends received his video on Whatsapp in which he said that the police beating had led to his depression.

“Sub-inspector Anthony Michael beat me up thinking he can do anything with the power he got,” the sadhu alleged. Saravanan’s body was found between rocks in a forest region near his residence yesterday (21 August) in a decomposed state.

Police are reported to be inquiring into the causes of the sadhu’s death. Thevur police told local media that they went to Saravanan’s place on receiving a complaint that he was holding “naked poojas” with women.

They said that when they went to the Sadhu’s place he and the two women were in an “inebriated condition”. The women reportedly told police that Saravanan forced them to drink liquor.

Then, police had warned him not to do such things, besides advising him to shave off his beard and take up some job.

Saravanan’s children had witnessed the beating of their father by the police, while his wife has said that she did not complain against the sub-inspector as police had threatened her.

The Hindu Makkal Katchi has said that a protest across Tamil Nadu is being planned soon to seek justice for Saravanan.

This incident comes on the heels of at least three persons dying in police custody at Sathankulam in Thoothukudi district.

Currently, the Central Bureau of Investigation is investigating the deaths after a hue and cry was raised across the State and in media.