Separated From His Sikh Family In 1947 And Left In Pakistan, Mohan Singh Alias Afzal Khaliq Meets Them In Kartarpur 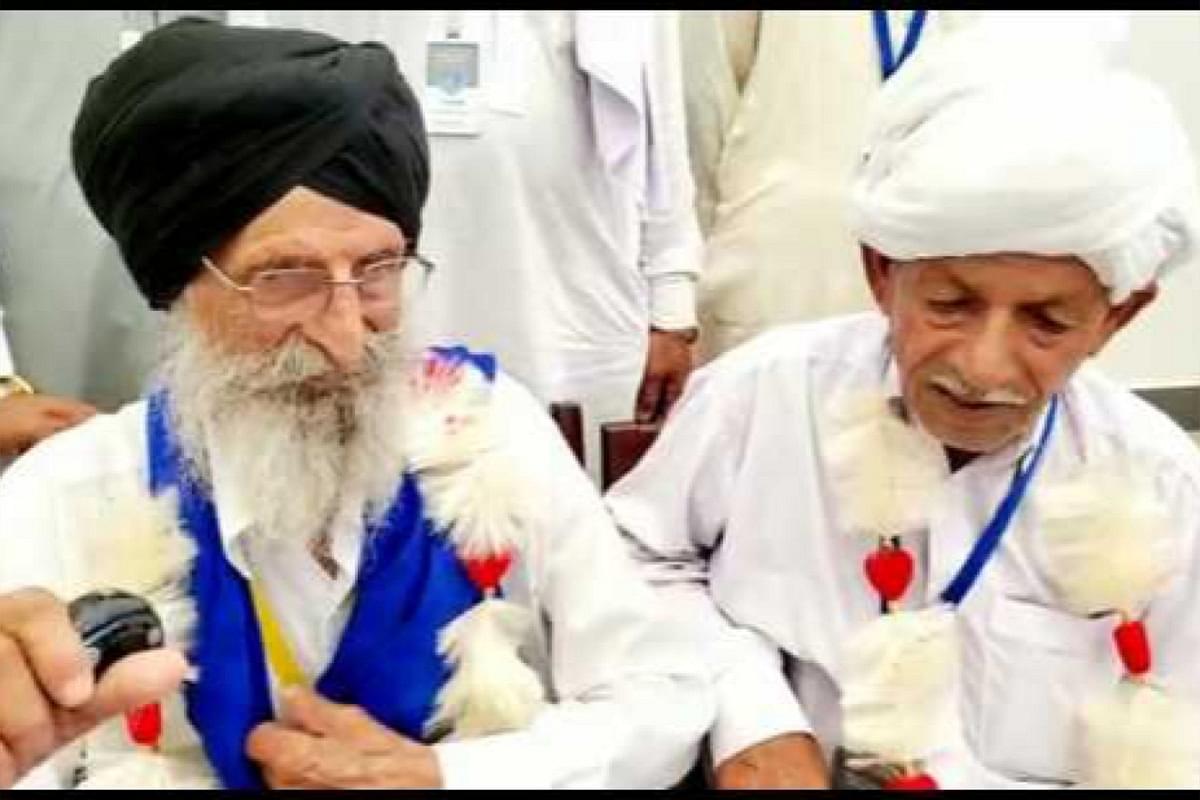 A man, separated from his Sikh family during the bloodied partition when he was six years old and was left behind in the Pakistan side of Punjab, recently met his uncle.

The child was named Mohan Singh; now he is Afzal Khaliq, having been raised by a Muslim family. He is now 81 years old while his uncle Sarwan, a resident of Jalandhar on the Indian side of Punjab, is 92.

Sarwan told the media that 22 members of the family were slaughtered in the communal violence that broke out during partition. They lived in village Chak of Sahiwal district in Punjab province of Pakistan. The women jumped into the well to save themselves from sexual crimes. Sarwan and some others who survived, came to India.

Mohan survived the violence too, but could not be located. He was adopted by a local family.

The meeting between Sarwan and his nephew took place on Monday (8 August) in Gurudwara Kartarpur Sahib that falls in Narola district of Punjab province in Pakistan, about 4.5 kilometres from the international border.

They met for the first time. Sarwan’s daughter Rachpal accompanied him. They got three hours to be with each other.

The meeting was arranged by two YouTubers from either side of the border and a Sikh man from Australia. Harjit Singh from Jandiala (India) interviewed Sarwan and highlighted the identification marks on Mohan, including his two thumbs, about eight months ago.

Mohammed Javid Iqbal, a YouTuber from Pakistan, interviewed Afzal, who described his kin as Hindu family from Khatri caste.

These two stories were seen by Australia-based Gurdev Singh Bath, who contacted Harjit and brought the two families into contact.

Sarwan told the media on Monday that theirs was one of the few Sikh families in Chak and they lived in a colony named ‘Sikhan Wali Sainti’. Just before violence broke out, he shifted to a nearby village. Those who remained in Chak met with death. Sarwan told the media that he never stopped looking for his nephew and, over the years, narrated his tale to many authors and journalists.

It is pertinent to know that until a hundred years ago, most Sikhs and Hindus did not identify themselves as being from separate religions. It was common for families in Punjab to identify their religion as Sikh and Hindus at the same time in Census surveys.

The Hindustan Times report has quoted a Pakistani journalist named Nasir Dhillon to say that around 100 families have thus been reunited since the Kartarpur corridor was opened in 2019.