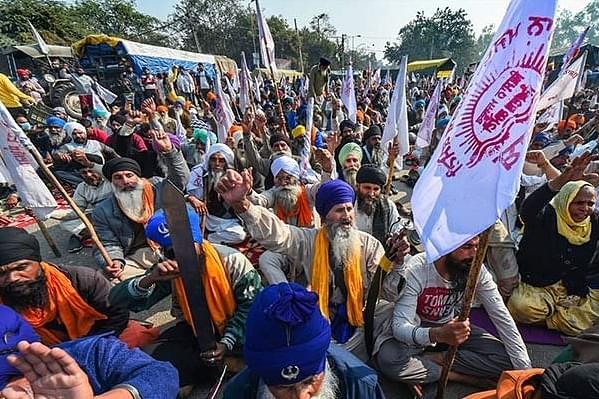 Haryana Police had registered an FIR against Lakhbir Singh, the victim of the brutal lynching at the farmer protest site at the Singhu border. He has been booked under IPC Section 295-A (deliberate and malicious acts, intended to outrage religious feelings of any class by insulting its religion or religious beliefs).

Lakhbir Singh, belonging to the Dalit Sikh community, was lynched for alleged desecration of the Sikh holy book Guru Granth Sahib and strung up to a barricade at the Singhu border last week.

Four Nihang Sikhs — Sarabjit Singh, Narain Singh, Bhagwant Singh, and Govind Preet Singh — have been arrested in the murder case. The accused have reportedly confessed to murdering Lakhbir as a ‘punishment’ for desecrating the holy book.

The FIR was registered at Kundli police station on the evening of 17 October based on a complaint by Jathedar Balwinder Singh of Moian Di Mandi, Panth Akali Nirvair Khalsa, Udna Dal. The same day, two Nihang Sikhs from Balwinder Singh’s group — Bhagwant Singh and Govind Preet — surrendered to the police.

Confirming the development, Virender Singh, Deputy Superintendent of Police (DSP), Law and Order, Sonipat, said, “FIR number 612 was registered against Lakhbir Singh under Section 295-A of IPC. A probe is underway.”

In the FIR, Jathedar Balwinder Singh said that his group had come to the border in solidarity with the farmers’ protest in February and he had gone to his headquarters in Fatehgarh Sahib later.

He said that on 15 October, at 6.45 am, he received a call from a granthi at the Singhu border, who told him that the holy book had been desecrated by Lakhbir Singh. Balwinder Singh further stated that two Nihang Sikhs caught Lakhbir Singh as he was running.

In the FIR, Balwinder Singh reiterated an allegation made by the Nihangs earlier — that the victim had told the mob he was paid Rs 30,000. The Indian Express quoted Balwinder Singh as confirming that he did seek an enquiry into the incident.

On Wednesday, the police said they were looking to verify a video clip that allegedly showed Lakhbir Singh telling a mob that he was given Rs 30,000 for the act, and sharing the phone number of a person with them. The man, whose phone number he had mentioned, said he had nothing to do with the incident and had never been to Singhu.