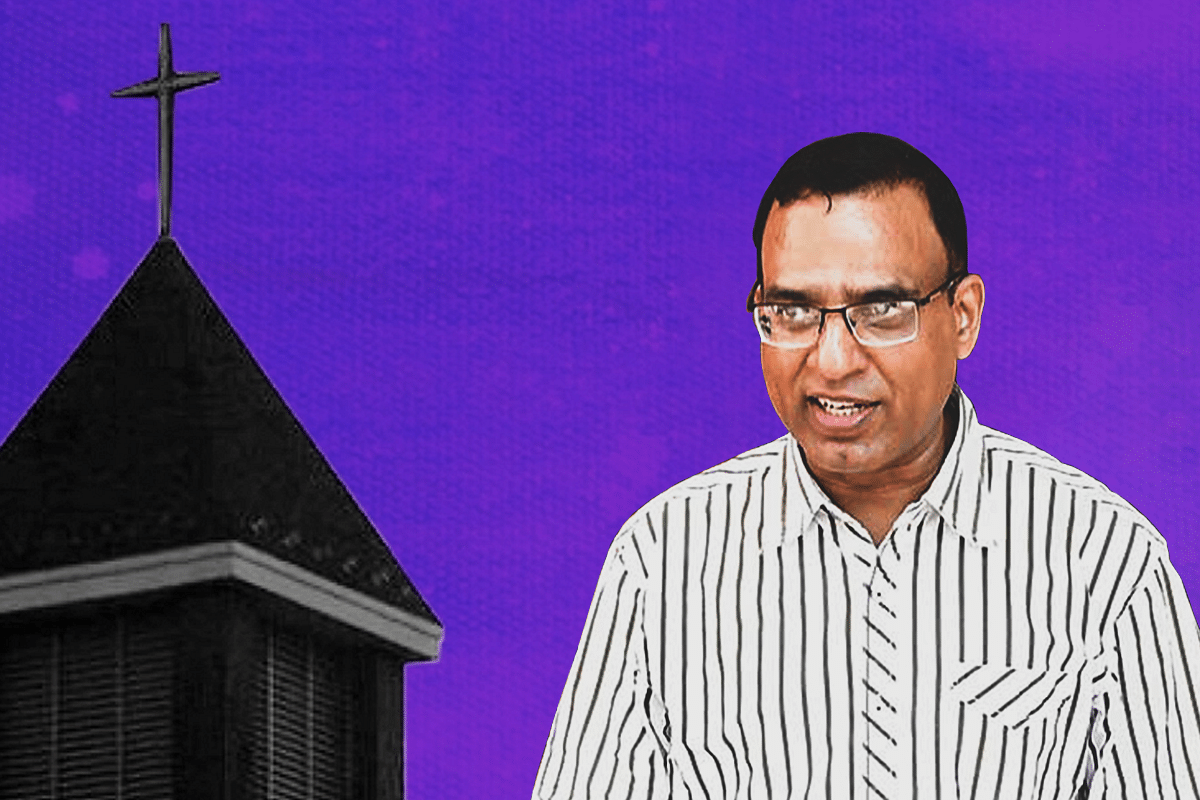 A rape survivor from Kerala on Saturday (Jul 31) has approached the Supreme Court seeking permission to marry Catholic priest Robin Vadakkumchery who was earlier convicted of raping her. The court will hear be hearing the plea today (Aug 2).

Kerala High Court had earlier this year dismissed the plea of rape convict and Catholic priest Robin Vadakkumchery to be let out on bail so he could marry the survivor.

The rape victim in her plea says that the child is of school-going age, and hence the father's name need to be mentioned in the school admission application.

In Feb 2019, Father Robin Vadakkumchery, a Kerala Catholic priest, was convicted under the provisions of POCSO for raping the victim (then a minor girl) and awarded 20 years of rigorous imprisonment.

The Catholic priest was found guilty of charges of raping and impregnating a minor girl by an additional district sessions court in Thalassery, Kannur, which is the designated court for hearing POCSO Act cases.

After the 52-year-old Kerala Catholic clergyman was sentenced to 20 years rigorous imprisonment , he was dismissed from priesthood by the Pope Francis. It should be noted that only Pope has the power to defrock a priest in Catholic church.

The court had also ordered criminal proceedings against the victim's parents. The girl's custody has been given to Legal Services Society. The other six accused have been acquitted.

Robin Vadakkumchery, vicar of St Sebastian Parish in Kottiyoor in Wayanad district, which is under the Catholic diocese of Manathavady, was arrested on 28 February 2017 for raping the 16-year-old girl in May 2016. He was also the manager of a church-run school at the time of the incident. Police said the girl was raped several times in the priest's room.

The sordid case came in to light after the minor girl delivered a baby at the Christu Raj Hospital in Thokkilangadi.

Robin Vadakkumchery "donated" money to the hospital as a reward for not reporting the incident to the police. The hospital administrator then agreed to admit the girl, while gynaecologist Dr Tessy and Nellayani Thankamma assisted the delivery.

After the minor girl gave birth, it was alleged that Dr Hyder Ali, a paediatrician at the hospital, is said to have allowed the baby to be discharged. The minor girl continued to get medical assistance for two days before she was allowed to return home.

According to initial police accounts, Nellayali Thankamma, Dr Liz Maria and Sister Anita from Christu Dasi convent in Wayanad took the baby from the hospital to an orphanage in Wayanad with Sister Anita driving a Maruti Eeco car to the orphanage.

Robin Vadakkumchery didn't stop at that. When the police registered a case, he coerced the victim’s father (a poor farm labourer) to falsely admit to having raped his own daughter and fathered another kid in the process.

During the initial interrogation, the 16-year-old girl's father admitted to raping his daughter and the girl also admitted the same. However, it was on the basis of secret information received by the NGO Childline, Robin Vadakkumchery was arrested.

During the course of the court proceedings, victim as well as her family had turned hostile. However, the prosecution relied on the statement of the government doctor and established that the girl was a minor and that the sexual relation, even if it had the minor's consent, could only be considered a rape.

A Catholic newspaper, Sunday Shalom, had this to say in an editorial,

“...the partner in the sin is more than 15 years old. Considering her in my daughter’s position I am saying, daughter you too went wrong. You will be the first one answerable before god. Why did you forget who a priest was? Why didn’t you know that the sanctity of a priest is equal to the holiness of Jesus’s heart. He has a human body, he can get temptations. If he might have forgot that for a few seconds, my child who has taken the holy communion, why didn’t you stop or correct him?”