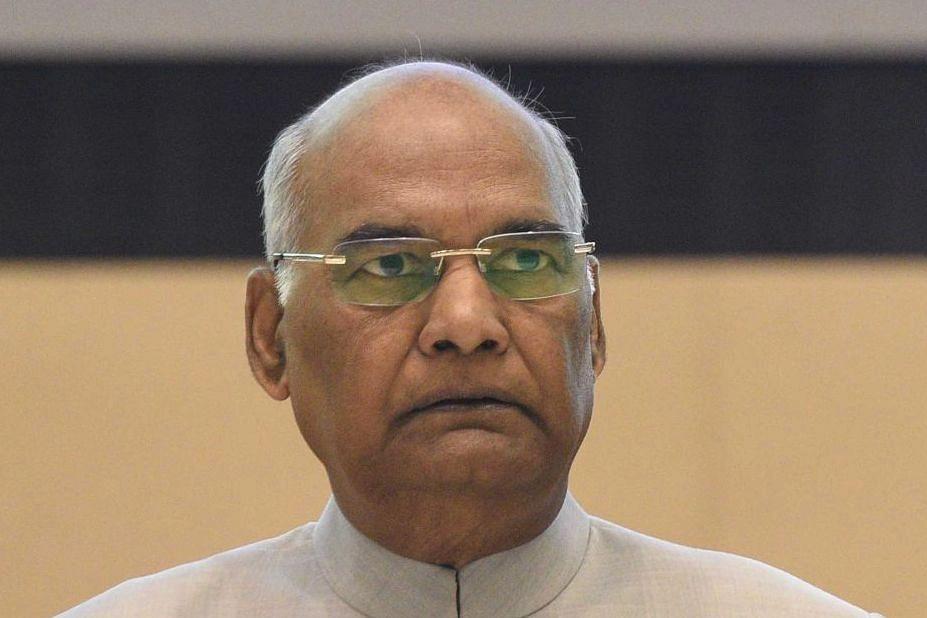 President Ram Nath Kovind will embark on a journey to Kanpur on a special presidential train on 25 June from Safdarjung Railway Station in Delhi.

It would be after a gap of 15 years that an incumbent president will make a train journey. The last time a president travelled by train was in 2006 when A P J Abdul Kalam boarded a special train from Delhi to Dehradun to attend a passing out parade of cadets at the Indian Military Academy (IMA).

The train will make two stopovers, at Jhinjhak and Rura of Kanpur Dehat, where the President will interact with his old acquaintances from his school days and from early days of his social service.

The two stopovers are close to the President’s birthplace, village Paraunkh of Kanpur Dehat, where two functions to felicitate him are scheduled on 27 June.

As he boards the train, the President will be travelling down memory lane that will cover a span of seven decades of his life right from his childhood to holding the top constitutional position in the country.

This is the first time that the President will visit his birthplace after taking over his present assignment. Though he desired to visit the place earlier, plans could not materialise because of the pandemic.

His choice of the mode of journey, by train, is in line with the tradition of a number of presidents who took a train journey to connect with people in various parts of the country.

Records show that the country’s first president, Dr Rajendra Prasad, often undertook train journeys. Soon after taking office as the President, he visited his birthplace, Ziradei in Siwan district, during his visit to Bihar. He boarded the President's special train from Chhapra to reach Ziradei where he spent three days. He travelled across the country by train.

Prasad’s successors also preferred train journeys to connect with the people of the country.

On 28 June, the President will board the train at Kanpur Central railway station to reach Lucknow for his two-day visit to the state capital. On 29 June, he will return to New Delhi on a special flight.