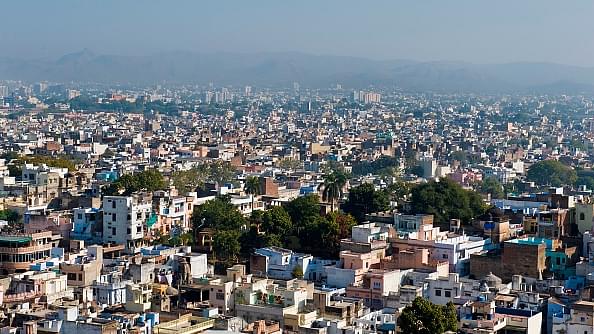 One man, Mohammad Mubarak, whose house falls in that 1 sqkm area, has infected at least 232 people, directly or indirectly. Mubarak’s 94 direct contacts have tested positive. His two friends Hanif and Iqbal who got the infection from Mubarak spread the disease further as they turned out to be as irresponsible as him. This translates to almost half of Jaipur’s total confirmed cases (468) as on afternoon of 15 April.

Jaipur’s District Collector Joga Ram revealed these details about the super-spreader Mohammad Mubarak in an interview to Hindustan Times.

Many have congratulated the Rajasthan government for doing a great job in containing the outbreak in Bhilwara where a hospital became a vector for the spreading of Covid-19. ”Bhilwara model” has been hailed as a huge success and rightly so. But the same government’s inability to contain the outbreak in Jaipur raised many questions.

Joga Ram says that apart from huge population and density difference between the two cities, the administration had to tackle a sociological problem where the healthcare workers faced resistance while collecting samples for testing or even while trying to send potential patients to quarantine facilities.

The local administration overcame the resistance by targeted information campaign which involved distributing over 100,000 pamphlets in the affected locality. Additionally, the government took the religious route to appeal to the Muslim community which populates the Ramganj area.

“We engaged religious leaders and clerics to record video messages and circulated them on WhatsApp groups. The religious leaders also made announcements on loudspeakers that people should cooperate with medical teams. Local representatives and officers of a particular faith also convinced people,” Joga Ram told HT. This was followed by mass testing in the region. As per the District Collector 8,000 samples have been tested so far which includes symptomatic cases, people working at health centres and random samples of 30 each from 30 clusters.

The 1 sqkm area which accounts for 84 per cent of the city’s total cases and where the super-spreader Mohammad Mubarak lives, has been put under total lockdown where people aren’t allowed to step outside even for essential supplies.

On 15 April, the area was sealed completely :No movement, no exemptions. We will get everything delivered to people’s doorstep but no one will be allowed to move in or move out. There are narrow and congested lanes that have been barricaded. The entire area has been divided into 13 clusters,” says Joga Ram.

Around 8,000 households in the containment zone will receive free ration till the lockdown is lifted and disease spread is crushed.