Tablighi Jamaat Congregation Held In Malaysia In February Could Have Infected 40,000, Says Police 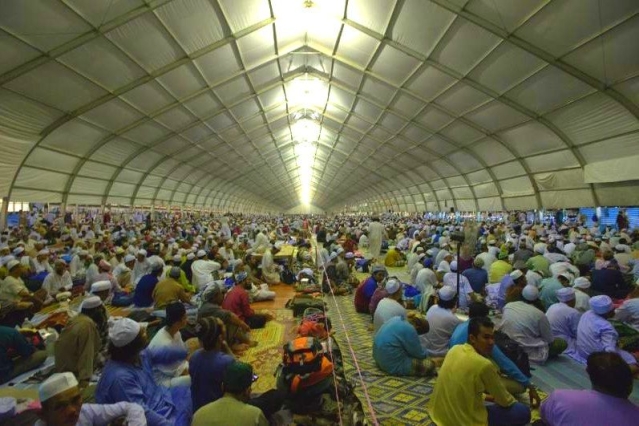 A Tablighi Jamaat congregation — Ijtema Asia — held at Markaz Seri Petaling on the outskirts of Malaysian capital Kuala Lumpur from 27 February to 1 March is likely to have infected 40,000 people with Coronavirus (Covid-19).

Ijtema Asia, which is known as Ijtimaat Asia in India, was held at a time when the spread of the pandemic Covid-19 was increasing across the globe.

Singapore’s Straits Times, quoting news agency Bernama, reported that this was based on data analysed by a task force of the Malaysian Police Criminal Investigation Department constituted to identify those most likely to be affected by Covid-19.

The daily quoted Inspector-General of Police Abdul Hamid Bador saying that the data was analysed to help the nation’s Health Ministry identify up to 11,000 of those who attended the Tablighi Jamaat congregation.

The Malaysian event, in which 16,000 people including 1,500 foreigners took part, became a Coronavirus hotspot in South-East Asia with nearby countries such as Indonesia, Thailand, Brunei, Vietnam and Cambodia getting affected by the pandemic.

Some of those who had attended the Malaysian event travelled to India to take part in the Aalami Markaz Nizamuddin or Banglewali Masjid congregations in Delhi. The Delhi congregations are the source of infection for at least 30 per cent of the total Coronavirus cases in India (as of 7 April 2019).

The 40,000 people suspected to have been infected with Covid-19 are across five generations in Malaysia, according to its Ministry of Health director-general Dr Noor Hisham Abdullah.

Abdullah said a little over 700 of those who attended the congregation had infected their families. “Within one month, the pandemic got transmitted to the fifth generation,” he said.

Even now, those who attended the Tablighi Jamaat event are testing positive for Coronavirus. On 3 April, 80 of the new 150 positive cases in Malaysia were traced to the Sri Petaling Mosque.

Abdullah said nearly 45 per cent of the Covid-19 cases in Malaysia are linked to the Tabligh Jamaat congregation. Nearly 12,000 of those who took part in the Ijtema Asia event have been screened.