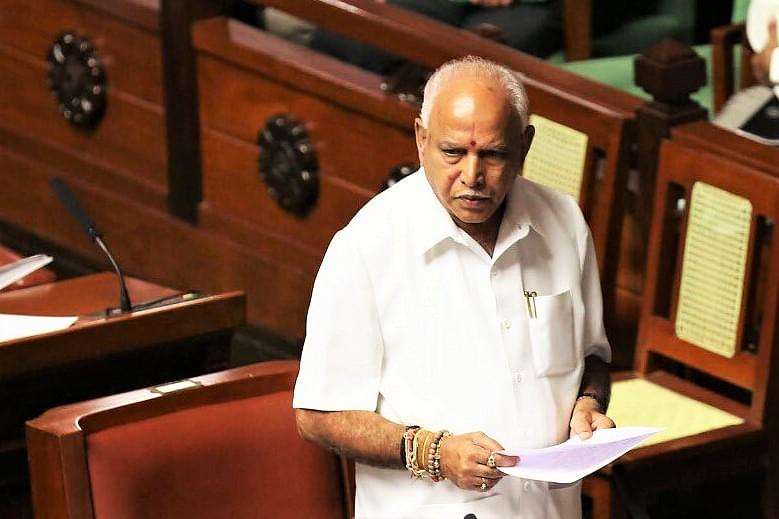 Audiotape troubles continue to haunt the state BJP (Bharatiya Janata Party) in Karnataka. Only this time around it has got the central leadership involved too.

An audio clip that went around last weekend (2 November) is at the centre of the controversy as it has B S Yediyurappa allegedly ‘confirming’ that the rebel MLAs, whose resignation led to the fall of the previous coalition government, were indeed under the ‘supervision’ of the party’s national president, Amit Shah, in Mumbai.

This is said to be a conversation that was held during a meeting of party workers in Hubli on 26 October. In the said audio, the CM is also seemingly miffed at party workers for raising objections to issuing of tickets to these MLAs.

Interestingly, this audiotape has surfaced just before the Supreme Court is set to announce its decision on the petitions filed by the rebel MLAs against their disqualification by the previous speaker, K R Ramesh, who had also barred them from contesting again during this term.

A delegation of Congress leaders had met the Governor and through him submitted a memorandum to the President seeking that the present state government is disbanded and Union Home Minister Amit Shah is taken off the council of ministers for the ‘unconstitutional act’ of poaching their leaders.

Further, the Congress today (4 November) appealed to the apex court to consider this audiotape as evidence of BJP leaders conspiring to bring down the then coalition government of JD(S) and Congress.

Kapil Sibal, arguing for the Congress, pleaded for the audiotape to be taken as evidence to prove that the 17 MLAs had defected to the BJP.

Yediyurappa though has rubbished the claims and accused the Congress of ‘distorting his statement’. "What has to be done next our party will decide, our national president will decide — this is what I said, nothing else," he is quoted to have explained.

But as per the letter submitted by the Karnataka Pradesh Congress Committee (KPCC) President, Dinesh Gundu Rao, to the President of India through the Governor of Karnataka, both Yediyurappa and Shah have ‘engineered and forced resignations of 17 MLAs and brought down the popular coalition government in Karnataka’.

As per the latest reports, the Supreme Court will hear the matter about the audiotape on Tuesday (5 November).

The court’s decision in this regard will be key to the future of both the MLAs as well as the present government as the state is scheduled to see bypolls to 15 assembly seats in just one month.

The state BJP unit meanwhile has ordered a probe to find out how the video from an internal party meeting got leaked.