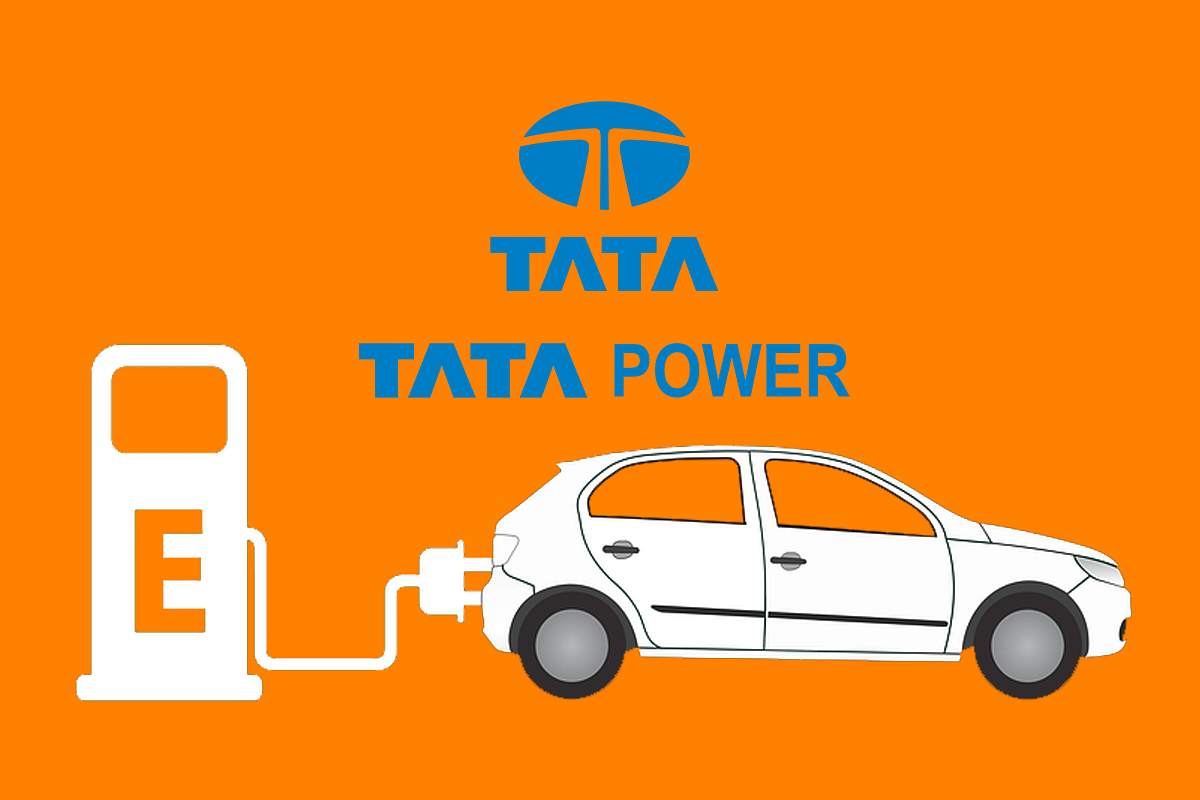 As the Indian companies set their focus on the electric vehicles (EV) race, the primary concentration is on two fronts—increasing the number of vehicles and enhancing the charging infrastructure.

There aren't many electric vehicles in the market right now. The popular Tata Nexon EV, MG ZS EV and Hyundai Kona electric are all popular mainstream options. But many firms have already begun the process to enter this space in the next years, expanding the availability of varieties of electric vehicles.

However, charging points are the next most significant component after lithium-ion batteries—as most people worry that what is the point of buying an EV if there are not enough charging points around the region. So, the manufacturers of such vehicles are pouring a lot of money and effort into charging station infrastructure.

According to a report, India's Mumbai based electric utility company Tata Power is now rapidly extending its electric vehicle charging infrastructure. The company's charging accessories are available for all types of electric vehicles, including public, captive, residential and workplace charging. It has also installed all types of chargers for e-buses, including DC 001, AC, Type 2, Fast DC chargers up to 50kWh and 240kWh chargers.

Tata Power also launched a software platform and smartphone app to assist clients in finding EV charging stations to charge their vehicles and pay their bills online. The company is currently present in over 92 locations across India, with over 600 charging stations. So, it can be assumed that the growth of Tata Power would be significant if, over the next few years, the EV charging industry grows by 40 per cent.

However, Tata Motors and Tata Power have teamed to build over 300 fast-charging stations across Delhi, Mumbai, Bangalore, Pune, as well as Hyderabad, and this partnership will help Tata Power because when EV manufacturers will launch vehicles in specific regions, the company's charging infrastructure will be already in place.

The alliance between Tata Power and the Central Railway of Mumbai in collaboration with the United Nations Environment Programme (UNEP) for charging facilities at railway station premises is also noteworthy. As per reports, Tata Power is planning to install EV charging points at Mumbai's railway stations.

As oil marketing companies (OMCs) are also focusing on the EV sector, Hindustan Petroleum Corporation (HPCL) has partnered with three companies, including Tata Power, to facilitate the installation of charging infrastructure at its retail locations. Indraprastha Gas and the Maharashtra government have also signed MoUs (memorandum of understandings) with Tata Power for the deployment of EV charging infrastructure.

Government support will also play a significant role in this case. The authorities are promoting electric mobility through different policy initiatives such as the National Electric Mobility Mission Plan (NEMMP) and the Faster Adoption and Manufacturing of (Hybrid) and Electric Vehicles (FAME) Scheme.

The government recently extended the FAME II programme, and some states including Maharashtra, Gujarat, Rajasthan and Delhi, have announced their own plans to encourage the adoption of EVs.

As reported, over 300 new electric vehicle charging stations have been installed across the country as part of the FAME II programme.

While according to estimation, in the case of EV adoption in India, 4 lakh charging stations is required by 2026, the Indian government has already planned to install such infrastructures in every 3 kilometres (km) in cities and every 25 kilometres on both sides of highways to improve accessibility.

The EV makers aren't the only ones who will benefit from the future growth of the EV industry in the country, it will also be the entire industry that contains the component manufacturers, such as companies that make lithium batteries, charging stations and related parts. Tata Power aims to become India's leading EV charging network provider by fiscal 2026, with over 1 lakh chargers installed.

Investors have noticed Tata Power's involvement in the EV industry and the growth possibility. Tata Power's stock price has increased by 107 per cent in the last year, while shares are up 63 per cent year to date as well.