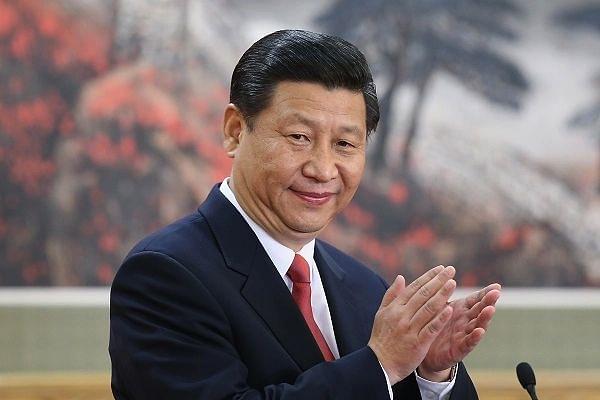 While Chinese tech behemoths have been pressurised to refocus their efforts on "common prosperity", at the country's annual internet conference, struggling tech tycoons lined up to offer their support for President Xi Jinping’s this vision and market-roiling regulatory blitz on the digital sector.

According to reports, as the Ministry of Industry and Information Technology of China ordered big digital firms to stop blocking each other's services and links, Alibaba Group Holding Ltd has begun offering payment services from Tencent Holdings Ltd's WeChat on a number of its apps.

Both the executives of Alibaba and Xiaomi also emphasised their firms' commitment to helping the society, a goal for Xi after investigations, fines and new rules targeted Big Tech, wiping out $1 trillion in worth and forcing high-flying executives to keep a low profile.

The conference takes place at a time when China's internet behemoths grapple with massive regulatory changes affecting everything from online gambling to data ownership and international finance. For example, Meituan, the food delivery behemoth funded by Alibaba and Tencent and Didi Global Inc., the ride-hailing giant in the country, are all currently under scrutiny.

But, industry executives have shown their support to Jinping’s vision of “common prosperity”. As per Bloomberg, the recent slew of new internet policy rules, according to Eric Jing, who is the chairman and CEO of Ant Group Co., were “important and timely, and a reminder for us in the industry not to be distracted by competition, but to return to the original intent of the internet instead”.

He also praised blockchain technology, stating it can create a firm foundation of “trust for industrial collaboration" and encouraging delegates to contribute to the country's inclusive and sustainable growth.

According to Kendra Schaefer, a partner at Beijing-based consultancy Trivium China, Beijing wanted all of its top tech businesses to “get the message and get on the common prosperity boat". In addition, she said: “China is not interested in developing a big tech ecosystem that replicates what it sees as the failures of Silicon Valley, but rather one built around a common purpose. That purpose is service to the growth of China’s digital economy, and service to the general population.”

Among the American industry leaders, who this year, due to pandemic restrictions, failed to attend the conference in China, Tesla’s Elon Musk praised China's new data management legislation, stating in a video message that his company localises its China data.

Cristiano Amon, President and CEO of Qualcomm Inc. applauded China's 5G deployment and pushed American and Chinese companies to engage more. Moreover, Chuck Robbins, CEO of Cisco Systems Inc, spoke about aligning with Jinping’s goal of a shared cyberspace community for the benefit of everyone.

However, in a speech at the summit on 27 September, a senior official from the Cybersecurity Administration of China, the agency in the vanguard of Beijing's digital crackdown and organised the conference, threatened to take additional efforts to rein in internet corporations.

Regulation of smart delivery applications, for example, might have an impact on Meituan, while Baidu has worked on autonomous driving and Alibaba Health Information Technology Ltd. and JD Health International Inc. operate in the online health industry.

Sheng said: “We are looking to improve the regulations on shared economy and platform economy to safeguard their healthy growth. We are also looking to set up frames for the management of areas in autonomous driving, online health care and smart delivery.”

Additionally, new regulations focusing on tech giants also include that any company with more than one million users that wishes to go public in another country must obtain CAC approval.

Jinping has warned China's tycoons that it is time for them to share more of their wealth with the rest of the country.

He earlier said that the Communist Party would pursue “common prosperity,” urging firms and entrepreneurs to assist close the country's persistent wealth disparity, which could stymie China's progress, as well as erode public trust in the leadership.

While this vision has coincided with a crackdown on the country's internet behemoths in an attempt to limit their power, supporters of the “common prosperity” agenda argued that such transition is necessary for China's next phase of growth.

Jinping earlier said: “Achieving common prosperity is not just an economic issue; it’s a major political matter bearing on the party’s foundation for rule. We cannot let an unbridgeable gulf appear between the rich and the poor.”

According to him, by 2035, the country must make “substantive progress” toward establishing “common prosperity.”

Jinping’s aspirations will be put to the test in Zhejiang, a province on China's east coast, where he has chosen to build "common prosperity" demonstration zones. The Zhejiang administration recently unveiled a 52-point plan to create common prosperity, including broad goals.

Zhejiang is home to some of China's most successful private enterprises, like the online shopping behemoth Alibaba. According to reports, it is also the home to one in every six of China's billionaires.