The Communal Side Of Communism: Kerala Marxist Leader Accused Of Giving Away Grandchild Because Daughter Married A Dalit 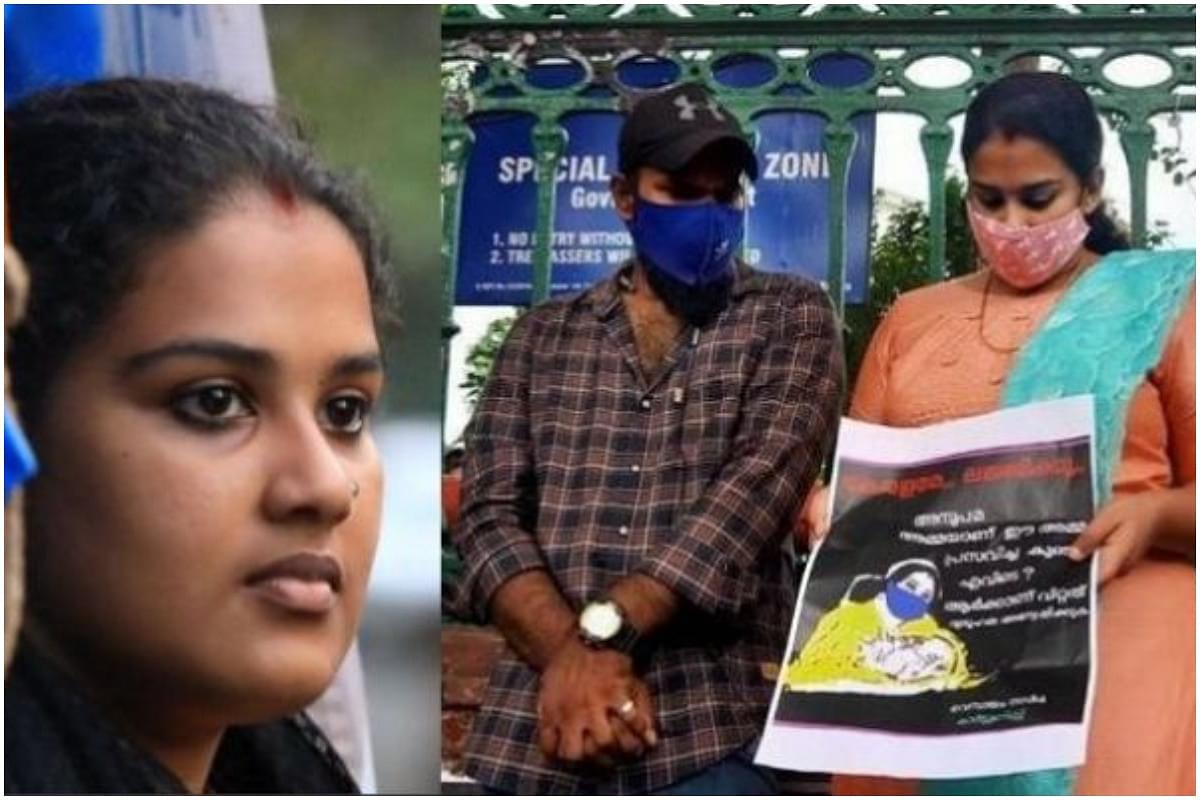 Anupama and her husband Ajith

Anupama S Chandran, the 23-year-old leader of the SFI, the students’ wing of the CPM, finally held her baby boy in her arms soon after she stepped out of a court complex in Thiruvananthapuram along with her partner Ajith on a rainy Wednesday afternoon.

She got her infant son back on Wednesday (24 November) more than a year after he was allegedly taken away by her parents when he was three-days old, and put up for adoption.

The child had been under the care and protection of his adoptive parents in Andhra Pradesh till last Sunday.

The development came a day after the DNA tests on the baby at the Rajiv Gandhi Centre for Biotechnology (RGCB) established that Anupama and Ajith were the parents of the child.

Anupama had alleged that her four-day-old baby boy was taken away and abandoned by her parents without her consent and knowledge. The allegation was denied by her parents.

Besides her parents, she had levelled allegations also against the police and the child welfare committee of having conspired together to take away her son.

Anupama had alleged that though she had complained to the police several times since April about what her parents did, they were reluctant to register a case against the family members.

In October, a case was registered after she went public, raising allegations against her parents and alleging that CPI(M) leaders had helped her parents separate her from her child.

However, Peroorkkada police later said a case was registered against six people, including her parents, sister and her husband, and her father's two friends, and said the delay happened as they were awaiting legal opinion.

The woman's allegation that her child was forcibly taken away from her by her father, a local CPI(M) leader, triggered a political controversy following which the government had ordered a departmental probe into the incident.

Putting the CPI(M) in a tight spot, she had further charged that though she approached several prominent party leaders including Chief Minister Pinarayi Vijayan seeking help to get her child back, no one supported her.

The court had posted the matter for November 30, but it preponed the hearing to Wednesday after the government pleader appealed to hand over the baby to its parents at the earliest.

During the one-and-a-half hour long proceedings held in the chamber of the judge, the baby, which was in the custody of the Child Welfare Committee at the Nirmala Sishu Bhavan, was produced before the court following its directive.

The court then directed that the baby be medically examined and after completing all legal formalities, ordered the CWC to hand over the child to its mother.

Asked how she and Ajith managed to deal with the intense cyber attacks against them, especially by the supporters of the CPI(M), Anupama said it disturbed them initially but they started ignoring it later as there was not an iota of truth in the social media campaign.

'As Ajith and myself grew up through the party outfits, we clearly know how the party followers will think if anyone points fingers at their leadership. The Marxist party is creating a group of followers who lack the ability to think and evaluate issues on their own. Such people were behind the cyber attack against us but we don't care," she said.

Anupama, however, said she and Ajith were actually reluctant to talk to the media about their plight and were confident of settling the issue through party platforms.

But, the response of senior party leaders was a shock to them, she said, as the state leadership was reluctant to intervene in the matter even after repeated requests by party politburo member Brinda Karat and central committee member P K Sreemathi in this regard.

"Though they are such senior women leaders of the party, they could not help me. The CPI(M) used to wax eloquent about renaissance values and gender equality and this is the way they treat their women leaders. The party leadership still has a patriarchal mindset," Anupama alleged.

A physics graduate, Anupama said she wants to continue her studies and become a teacher, which was her childhood dream.