The Future Is Here: California Based Start-Up Czinger Builds 3D Printed Hypercar ‘C-21’ That Looks Like A Fighter Jet 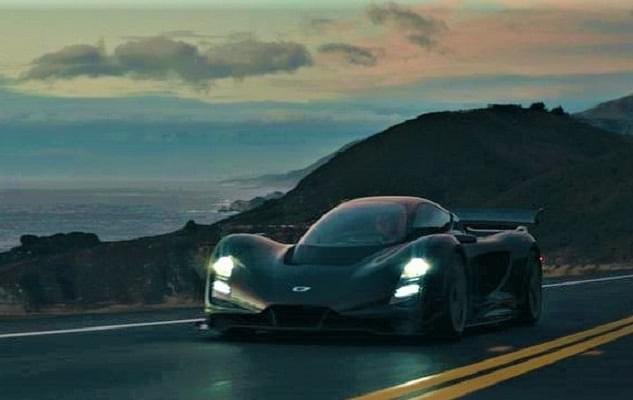 An automobile start-up based out of Los Angeles, California by the name Czinger, plans to unveil a 3D-printed hybrid hypercar at the 2020 Geneva International Motor Show, reports Hindustan Times.

The car called the ‘Czinger 21C’ looks like a fighter jet from the front.

A short teaser video unveiling the ‘revolutionary’ 21C hypercar was released by the company ahead of the Geneva International Motor Show.

Ready to hear what a hypercar built for the 21st century sounds like? We'll show you more in a few hours' time - stay tuned. pic.twitter.com/QmXXOhUmOI

The company claims that Czinger 21C marks a ‘paradigm shift’ and is likely to rewrite the current rules of vehicle construction, both in terms of technology and performance.

As seen in the video, the 21C has visibly rounded lines while the interior has an inline two-seater setup, emulating the cockpit of a fighter plane. The teaser video also shows considerable usage of carbon fibre bits at the front and rear.

The 21C displays a mix of 3D-printed components and off-the-shelf parts and has two seats positioned in tandem, i.e., with the passenger sitting directly behind the driver. This has enabled the designers to add a central driving position and keep the body very narrow.

Power meanwhile comes from an in-house developed hybrid powertrain. No specifications have been revealed but Czinger promises the car to be “one of the 21st-century’s most advanced performance vehicles.”

As per reports, all work, from the initial design to the construction of the first prototype, was handled locally in Los Angeles.

The name of the company is derived from the name of its founder -- Kevin Czinger. It should be noted that he is the same person who was involved in the development of a 3D printed car called DM Blade, which is said to be an inspiration for the concept of Czinger 21C.

DM Blade designers claimed that the car could accelerate from 0-60 mph in around two seconds.