The Legend Of SPB: Beyond Languages, Genres And Generations 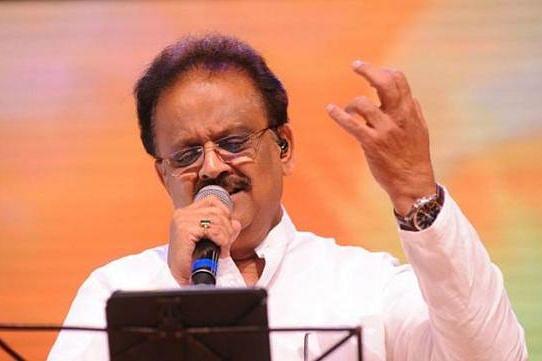 There was nothing that legendary singer S P Balasubramanyam (SPB) could not do with the notes that seemed to dance to his tunes. Here are five songs from five languages that left SPB etched in the minds of listeners forever.

If there is anyone who has not felt Shiva in all his grandeur everytime Balasubramanyam called out "Shankaraa... Naada Shareera para", then that person is yet to know Shiva in his entirety. This 'Telugu song' was also the one that won him his first national award for Sankarabharanam.

For the swaras that came out in his voice for the last five decades were simply unbound. Neither the lack of formal training, nor linguistic barriers nor the compartmentalisation of genre — nothing was ever a hurdle when SPB sang. Because he simply did that — chose to sing since 1966.

Sixteen languages, six national awards — one cannot imagine another 'Balu Sir'. The Paadum Nila (singing moon) as Tamil music lovers address him have been in awe of this musical maestro ever since he made his debut with Ayiram Nilave Vaa.

He embodied the phrase ‘music needs no language’ for it is a ‘language of the beyond’. His perfection in diction and the phonetic nuances are plain magical.

His Hindi renditions in the 1990s played cupid for over a decade to follow. To this day, first love will always happen to people with Pehla pehla pyar hai.

Every mood captured perfectly, every emotion painted in the saptaswaras so effortlessly — from the playfulness of a Didi tera devar, to the melodiuous Sathiya tune kya kiya, to the heart wrenching Roja title track.

A south Indian singing for a mainstream typical Bollywood hero so much so that every time Salman Khan as 'Prem' flipped his hair and was about to break into a song, SPB's voice rang in most ears — unimaginable.

But that was so for most actors he lent his voice to. The best, in Hindi though, has to be his debut for Kamal Haasan in Ek Duje Ke Liye — where he reinforced a south Indian accent to match the character with such grace that to this day the song stands testimony to that “anjana” bond between that face and the voice.

In Kannada, one could clearly tell with closed eyes by just listening to SPB sing if the actor on screen was Shankar Nag, Anant Nag or Srinaath with not an ounce of doubt. Like the Kannada music talent show he was the main judge for, whose title was based on a song he sang, he always sang 'ede tumbi' (music brimming from his heart).

Unlike the reality shows of today, every child that stepped on the stage in this one, went home with a little bit of the legend in them. For he mentored them musically without the fanfare and frills of what are today called 'talent' hunts.

Even a language like Tulu, which is still fighting for recognition, SPB ensured he lent his voice to. And the songs that he rendered are to this day the most memorable Tulu film songs, this one being one that unleashes the rasa of shringara in the most playful and conversational manner.

An entire day, an entire lifetime if need be can be characterised in SPB's Kannada songs alone. Never could he get off a stage without rendering this one, as crowds would never permit him the luxury of leaving them yearning for it. As the lyrics of the song go, hope that SPB sir too shall be forever stay Jotheyali jothe jotheyali.