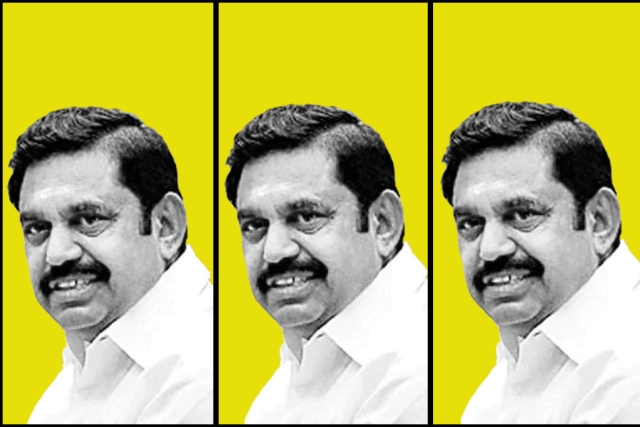 Thanjavur, Tiruvarur, Trichy, Ariyalur, Nagapattinam, Pudukkottai, Cuddalore and Karur are the eight districts that come under the protected zone, which means the State government will not allow hydrocarbon projects in the region.

EPS said the All India Anna Dravida Munnetra Kazhagam (AIADMK) government will come out with the legal order after consulting experts. The Chief Minister, while making the announcement welcomed by farmers and political parties across the State, also said the region should be protected since there was the danger of incursion of sea water.

The Chief Minister, in support of his announcement, argued that the delta region was Tamil Nadu’s “food security zone” and it could affect the livelihood of farmers. His government would not allow any project that will affect farmers, he said.

EPS has followed this by writing to the Centre seeking its support to declare the Cauvery delta region as “ecologically sensitive agricultural zone”.

The letter was handed over by a delegation of AIADMK members of Parliament led by State Fisheries Minister D Jayakumar to Union Environment Minister Prakash Javadekar, according to the Times of India.

EPS has pointed out in his letter that the fallout of the hydrocarbon projects far outweighs the benefits from them. The ill-effects include health issues and possible damage to the region’s “rich archaeological and cultural heritage”.

The Chief Minister also pointed out at a 2015 expert committee report which had said that coal bed methane projects in the region would lead to intrusion of seawater, affecting agriculture.

EPS’ announcement assumes significance on the heels of the Centre amending the provisions of the Environmental Impact Assessment Notification, 2006, for exploration drilling of on-shore and off-shore oil and gas. The amendment exempts public consultation for exploration of oil and gas.

The amendment led to unrest in the region, where protests have been held since 2010 when the United Progressive Alliance (UPA) government allowed coal bed methane exploration in Thanjavur and Thiruvarur districts by the Great Eastern Energy Corporation Ltd.

In 2011, a memorandum of understanding was signed by the ruling Dravida Munnetra Kazhagam (DMK) government with Great Eastern company.

After regaining power in 2011, the AIADMK government led by the late J Jayalalithaa, asked Great Eastern to suspend its operations in the two districts in 2013 until an expert group conducted a study.

However, by 2014, the company exited the region.

Protests resumed in 2016 after a couple of organisations held demonstrations in the State for the revival of jallikattu (bull fight). Following State-wide protests, the Centre and Tamil Nadu government came up with a notification to allow the sport that had been stayed by the Supreme Court.

This emboldened the Opposition to stage more protests and demonstrations to discredit the Union and State governments.

In 2016, protests were held in Neduvasal, Karaikal and other places in the delta region. The AIADMK government had then assured the farmers that no decision would be taken that would be against their interests.

Under the hydrocarbon exploration projects, Vedanta Resources Ltd has won the rights to drill a total of 174 wells in Puducherry, Villupuram, Nagapattinam and Karaikal. The UK-based firm was to spend Rs 13,000 crore in exploration.

Oil and Natural Gas Commission won the rights to drill 67 wells in Cuddalore, Nagapattinam, and Tiruvarur at a cost of Rs 5,000 crore.

However, the Sunday announcement has caught many by surprise. There are, probably, three reasons why EPS, who has emerged as a canny politician in the last couple years, chose to declare the delta region a “protected agricultural zone”.

The first reason is the AIADMK’s losses in the recent rural local bodies polls. In the elections that were held in December, the Opposition DMK managed to win over 50 per cent of the votes in the Cauvery delta, particularly in Thanjavur and Nagapattinam.

By declaring the region as a protected one, as demanded by farmers for nearly a decade now, and signalling that farmer interests are paramount, the Chief Minister is trying to woo back farmers into AIADMK’s fold.

While making the announcement, EPS did not miss the opportunity to take a pot-shot at the DMK. “It was DMK that brought the controversial hydrocarbon exploration projects (to the delta region). But the AIADMK government prevented such projects,” he said, apparently pointing out at Great Eastern being asked to suspend operations in 2013.

Second, EPS has made the announcement also to prevent the DMK from gaining any mileage from the issue, particularly after the notification was amended last month.

The DMK has used the protests in the Delta region to gain political advantage. It was one of the reasons why the UPA allies led by the DMK won all but one of the 40 Lok Sabha seats in Tamil Nadu and Puducherry.

Last month, DMK president M K Stalin spoke against the amendment of the notification and called for protests. His party also organised protests in all the delta districts on 28 January.

The third reason is the imminent entry of Tamil film actor Rajinikanth into State politics. Over the last one month, the actor has been issuing statements that are clear indications of his entry and the path he would be choosing for his political journey.

Reports say that Rajinikanth is at an advanced stage of floating his party and it will likely happen by mid-April this year.

If the imminent event happens, then DMK and AIADMK would be under severe pressure to guard their citadels when elections are likely to be held for the State Assembly in May next year.

The AIADMK faces an additional disadvantage of the anti-incumbency factor as it has been in power since 2011. Thus, it is natural for EPS and the AIADMK to send the right signals at the right time.

The announcement could not have been timed better, especially when the DMK is up with many tricks, including protests against the Citizenship Amendment Act, 2019.

EPS and AIADMK might be seen as opposing the Centre and the Bharatiya Janata Party, their ally in the Lok Sabha elections, through this announcement, which tries to nullify the amendment to the 2006 notification. But both have no option, considering the pressure they are under.

EPS and AIADMK are only well aware that the combination of parties that would contest the Assembly elections next year will be different and it would be only a smart strategy to be well-prepared much ahead of others.

The announcement that the Cauvery delta region is a "protected agricultural zone" is part of this.